One announcement that we were privy to at E3 was The Witcher 2’s emergence to the Xbox 360 later this year. The Witcher 2: Assassin of Kings was an extremely popular PC game, and is a testament to the life that PC gaming still has within it, with over 400k copies sold in just one week.

CD Projekt RED live by a manifesto of sorts that drives their sales and keeps a promise to their fans that they will never request any more money than the sale of the game, and most important of all, your opinion counts;

Now The Witcher 2 for Xbox 360 is not just a port, this is a full console game, and will stand to be the most complex game on the Xbox 360, as CD Projekt promise with all of their games, the Xbox 360 version will come with all prior PC improvements and content, and apparently, all DLC will be absolutely free! 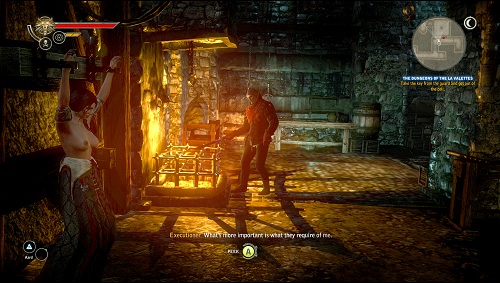 Sounding all too good to be true we were then finally revealed the game in action, with two of their developers sat on Witcher 2 for Xbox 360 we were shown the Prison Break quest, and the non-linearity that is possible in the game. With a promised minimum of four different paths in most quests, we were shown two options; stealth, and combat.

As well as the choices taken within quests, previous quests will take you down different paths that can change the outcome of your game, this is not Fable, you are not pre-disposed to be a good person, these choices are not simply carried out via a text menu, and they are not blatantly obvious. The Witcher 2 was one of the best RPGs released on the PC in 2011, and it will be no different on the Xbox 360.

Just like the PC version, all of the game is streamed in real time, there are no loading screens, and the propriety engine that they have built is perfect for complex non-linear gameplay. The jump from PC to Xbox 360 has meant the game has had to downsize its textures, and along the way there have been some minor reductions, however the art direction and gameplay itself is far more important to the developers.

The prospect of the brilliant Witcher 2 on Xbox 360 is magnificent; however will their complex game be too difficult for Xbox users? Will issues with the PC game including a complicated combat system, magic and inventory systems that are never explained to the player in-game be too much of a turn-off to the average gamer that is expectant of tutorial laden madness? 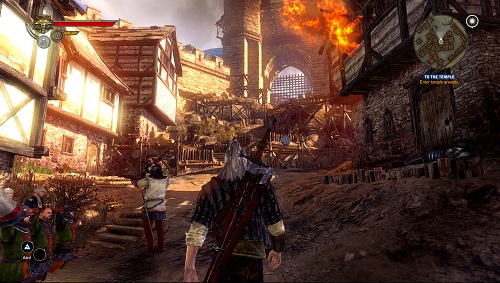 The build that we saw of Witcher 2 for Xbox 360 was pre-alpha, and looked a little rough round the edges, however the game looks fantastic, with the promise of the most complex rpg on the Xbox 360, only time will tell if CD Projekt have improved on the issues of the PC game.

Scheduled for a release at the end of 2011, expect more from Witcher 2 at Gamescom in August. Playstation 3 owners, unfortunately nothing has been confirmed for the Playstation 3, and CD Projekt appear to be focusing solely on the Xbox 360.