It may not have been the game of the show, and it only had one pod in the whole of the Convention Center, but Warner Bros. Interactive’s Sesame Street: Ready, Set, Grover was one game that caught our eye. A true child's game is difficult to achieve, and most games aimed at children use far too many buttons, too much text, are far too complicated, and are just not fun. Ready, Set, Grover breaks that mold. 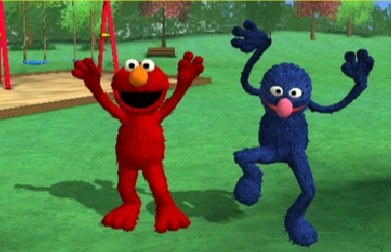 Whilst this is not the only Sesame Street title at the show it was definitely undervalued amidst Warner Bros. other titles. Aimed at pre-school children the game consists of a selection of mini levels, and is designed to be fully comprehensible by your standard child, so much so that a child is intended to be able to play the game without the need of supervision and explanation of a parent.

Any instructions relayed to the child are told so via Grover or Elmo in the same manner that they would address a child on the television show, everything is completely audio/visual so there will be no pop-up text explaining complexities, or instruction screens. 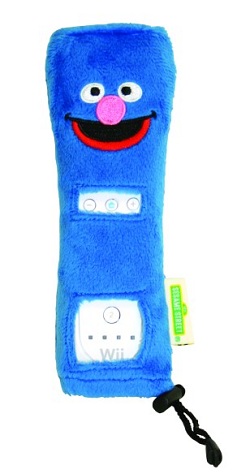 Best of all, the game comes complete with a fluffy Grover jacket for your Wii-remote, concealing all of the buttons except for those required with the game, which is only 4, preventing any of the usual confusion of tens of button combinations that most games have —it’s also really cute!

Mini-games range from Grover Says, rowing a boat and jumping over obstacles, to giving a Monster a tissue so he doesn't spread any germs, or bouncing food onto a expectant plate, all of the mini-games are so simple, and rewarding and teach children subtly. Plus, due to the game's sole use of the Wii-remote's accelerometer, playing the game could not be any simpler.

Ready, Set, Grover also allows the parent to drop in on a second remote that will not disrupt gameplay for the child —have you ever attempted to take a Wii remote from a small child? As well as this feature, the game also has a play timer, allowing you to control how long your child’s gaming session lasts. 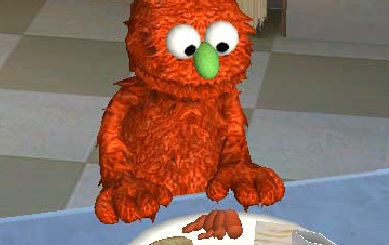 With exceedingly cute graphics, the charm and charisma of Sesame Street, and endearingly simple gameplay, Sesame Street, Ready, Set, Grover looks to be a great game to wean your child onto gaming, and better yet, the game is not condescending, difficult or boring to play.

Sesame Street, Ready, Set, Grover was a true nugget of a children’s game at this year’s E3, and is scheduled for a release Summer 2011 for the Nintendo Wii.