With id's Rage just around the corner, having it playable at E3 was just the ticket to help grow the fanbase just before the release. Of course after coming back from E3 we found out about the delay to the original release date that was announced last year. This was a real shame as after giving it a play I really wanted to delve into the main storyline.

Gamercast originally checked out Rage back at the Eurogamer Expo last year and after having been told there wouldn't be a demo I didn't anticipate the chance to play the game before release. However someone had changed their mind for this year's E3. So in order to show everything Rage has on offer; like Tim had stated in our interview last year; the only way they could demo it was if they show a bit of everything that the game has on offer.

Most games have one demo you can play for their game, sometimes some games even have two to choose from. Well Rage had six individual demos that you could play to try out some of the different features. However in order to not hog the pod for perhaps an hour I went firstly with the demo that screamed out to me first. That demo was Bash TV.

So some, like me may read Bash TV and shout out "OMG Smash TV", you may not but that's what I thought the second I read it. Well you'll be happy to know its using similar gameplay features that you would associate with Smash TV. However these can of course be likened to a larger variety of games, but I'll reference Smash TV in this instance.

You're introduced to Bash TV by the lovely large man who I believe we originally saw in the first batch of Rage announcements. You're then asked to politely walk into an arena where you must face off mutant hordes within as little time as possible. You're then scored based on if you finished the level within the par time plus of course some more numbers here and there. 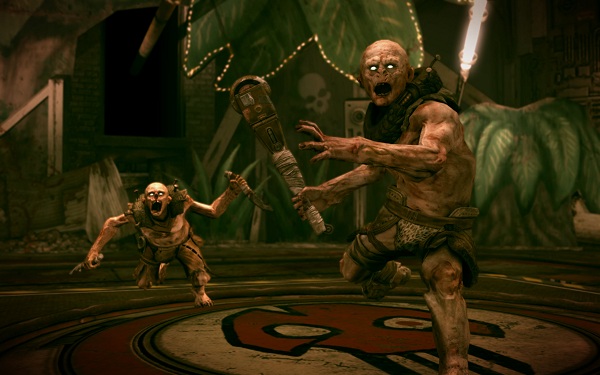 Like Smash TV you go from arena to arena hoping to get a load of money to help you out on your adventure. This is of course quite similar to Terror is Reality from Dead Rising 2; giving you an optional way to make an extra bit of cash on the side. Overall Bash TV worked really well and featured small elements of complexity with each new arena to make an entertaining experience, I only hope that there are a vast number of Bash TV levels to play out.

As well as Bash TV I played "Find Buggy Parts" which I could only imagine was the earliest level from the demos available as it was the first choice. I would have loved to of played through the Dead City demo as well but I felt it would be best to get a look at the earliest level in the game.

Find buggy parts placed you at what felt like; almost at the start of the game. There was a tutorial area right at the start of the demo for the Wingstick; one of the most versatile weapons in the game. After learning how to use the new gadget you were then asked to go straight into the action by infiltrating a bandit's hideout to find some buggy parts which you needed to get your vehicle up and running. 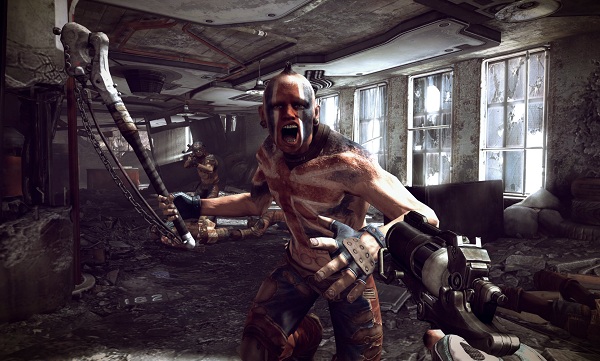 This was probably the demo I should have played first as it introduces you to the combat system although it's all pretty self-explanatory. Playing through the whole of the intro demo really sold it to me. It's a solid first person shooter with some nice feeling weapons, particularly the assault rifle. Although if you have some "fatboy" rounds for your pistol, they turn it into a mini killing machine. As every shot will pretty much be a one-shot kill creating more of a mini sniper rifle than anything.

As well as the weapons feeling good and doing the damage that seems right I must say stylistically my favourite piece of the game is the design of the anarchists and bandits, they’re the colourful Mad Max-infused trash that we have yet to see looking good in a game. I think they’ve captured them brilliantly, and I chuckled to myself when one of them called me a wanker as that moment just pieced it altogether perfectly.

Rage is now set for release on October 7th 2011 for Xbox 360, Playstation 3 and PC and I for one cannot wait to play through all of id's newest IP.