I attended E3 with a select few games set in stone for me to want to definitely check out; you've always got the big titles on your list because you know they're going to be as great as you hoped. One game that I had down on my list was Prey 2, it was a game I was not 100% sold on yet as the original was interesting and the new sequel seemed to have nothing to do with it. So I didn’t really know what to expect.

However had I missed out on the walkthrough of what Human Head Studios and Bethesda had to show of Prey 2 I would have then hugely regretted it. When I popped by the nice quiet Prey 2 area away from the hustle and bustle of the show floor, I was lucky to bump onto a slightly started walkthrough from Chris Rhinehart; the project lead on Prey 2. The demo gave me a taste of the start of the game, along with a sneak peak of what I could expect later on when deep within the world of Exodus. 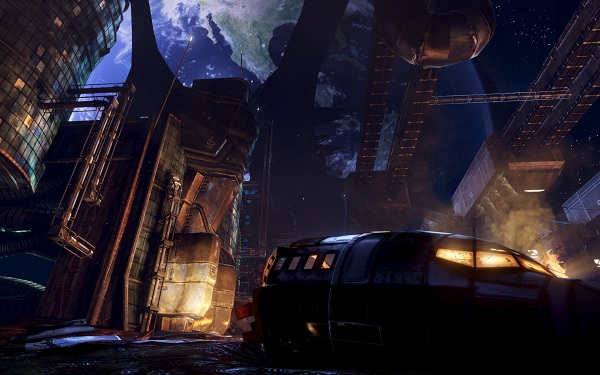 Those may remember Prey from back in 2006 on the PC and Xbox 360, it was a alien-centric first person shooter which focused around a character called Tommy. Who along with his grandfather and girlfriend were abducted aboard an alien spaceship. The story then follows Tommy and his quest to find his girlfriend Jen. Prey had some interesting pieces of gameplay which included static portals that you could use to travel from one area to another. As well as instances of variable gravity, which in some circumstances allowed you to walk up walls, dependant on if there was a special path nearby.

As well as these features, Tommy was of Native American decent; giving him the ability to detach his spirit from his body, allowing you to roam freely, away from danger for short periods of time. This ability was put in place for solving puzzles as well as locating paths that a standard human could not see.

Prey 2 has come a long way since the days of Tommy and the aliens, following a whole new character, story and set on a brand new planet. This time following a now ex-U.S. Marshall known as Killian Samuels. He crash lands on The Sphere only to be knocked out by some aliens. Killian then wakes up on Exodus, unbeknown to how he got there and wondering if he's the only human around.

Exodus has a thriving alien community within its districts that are characterised from their conditions, these are set dependant on the position on the planet. The lighting conditions in all the areas are set throughout the whole game as the planet is tidally locked meaning there is segments of the planet that are always shrouded in darkness. Of course this is the case when concerning natural light from the sun. 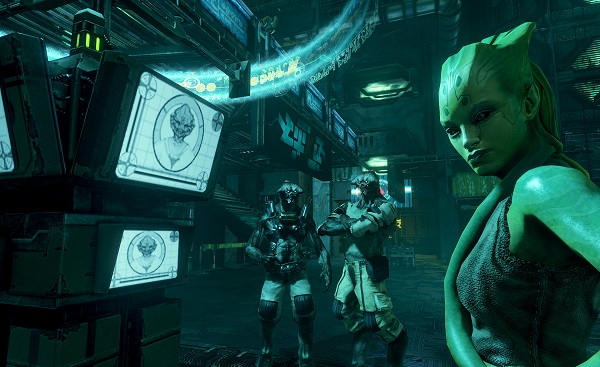 As well as being set on a far distant planet, it has taken a lot of inspiration from a multitude of filmic conventions which we all know and love from a certain hybrid genre. Human Head have coined the term Alien Noir, which derives from Neo Noir. Exodus suffers from a high crime rate, prostitution and a large number of strip clubs, be they real or holographic. Exodus screams The Nomad Soul to me, which probably helps me buy into the game, however I do wonder what influenced their decisions most.

Prey 2 features a tremendous looking cover system which helps the player utilise the environment of Exodus to its true potential. Their system allows you to slide into, vault over, grab and hang from cover giving you a much more malleable experience than your average FPS. As well as that with a more parkour friendly environment you can make your way to a location via multiple methods making it feel a lot less linear.

One feature that I think should be pushed more in games is by default no gun is drawn, if you want to be aggressive and see people react to you, by all means draw your gun. But if you wish to stay inconspicuous while on a lead you should probably keep it in your holster. I can see myself playing a good guy throughout the film but always wondering what would have happened had I taken the different path. 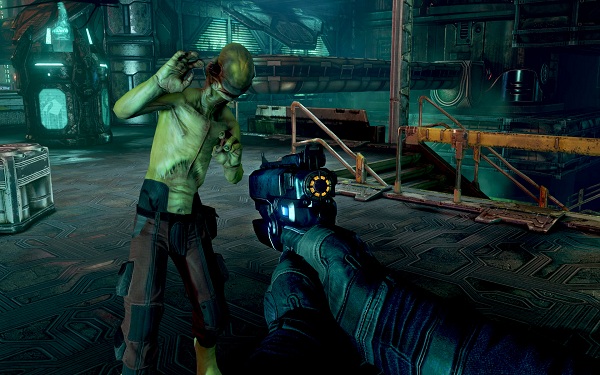 Like most expansive games as of late you can play how you want and affect the game around you by doing so, Do you want to play the nice clean bounty hunter? Or the absolute bastard killing anyone who looks at you funny? Not liking that beggar asking for money? Well you can pull out your gun and get him to shut up, he'll scurry away as he values his life more than he values a few coins.

Similar to the original Prey, Killian wakes up unable to understand the alien tongue, it's not only until you unlock and obtain a universal translator that you can then converse with the many breeds of alien native to Exodus. Killian is also equipped with a large number of gadgets throughout the game, all useful in his attempt to keep himself alive. Similar to the detective mode style gameplay elements we've been seeing from more and more games recently, Prey 2 has snuck one in as well. The added Scanner gadget allows you to find out whether aliens around you are potentially hostile, aggressive or no threat at all.

As a fail safe for the player you're also equipped with a pair of hover boots which will help when potentially falling a great distance if you just happened to miss a ledge, the boots do have a limit to them though, although their longevity is upgradable throughout the game.

As well as being equipped with gadgets the aliens can also have their own special abilities, in the demo we saw an alien with the ability to teleport which then meant when capturing him for the bounty on his head you had to think a little more when trying to overcome him. As your usual capturing methods could not work when the alien could just teleport away for your gadgets. 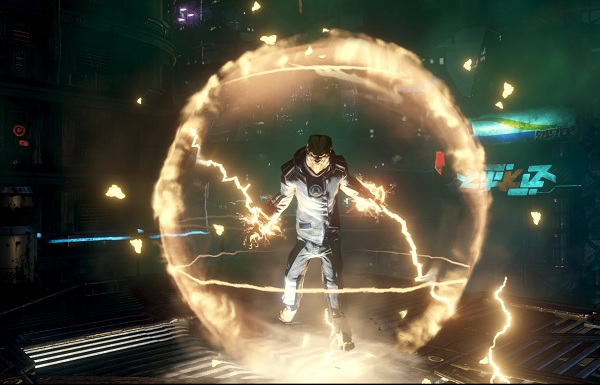 All the bounties that are available for you as a player can be found on the bounty wire, this informs you of all the hits you can take, as well as the pay rate and if the customer wants them dead or alive. While capturing your enemies you will also be granted a short window to either take a bribe and let them free, or even interrogate them for some insider information. However if you interrogate them too much there's always the danger of accidentally killing the target.

Prey 2 is set for release in 2012, six years after the original. It's currently in development for Xbox 360, Playstation 3 and PC. Human Head Studios are doing some wondrous additions to the game and I for one cannot wait for 2012 so I can play more of this game.