If there is one series that’s been there, done that, and seen it all, it’s Resident Evil. This 15-year old franchise is the most successful survivor horror series around, and has shipped 45 million units of its games in total; these have ranged from the traditional survivor horror, all-out-action, on-rails shooters and even first person titles, so Capcom have decided to branch out once more. Stifle that groan, Operation Raccoon City is a first to the series, and brings the universe of Resident Evil to the most deserving sub-genre; the tactical shooter. 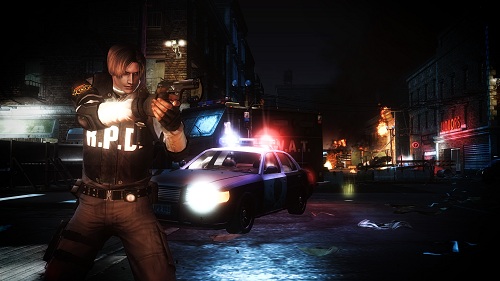 In collaboration between Capcom and Slant 6 games; the developers behind such critically acclaimed team-based shooters like SOCOM, you cannot imagine a better team working on Operation Raccoon City. The game follows an elite tactical squad of Umbrella’s Security Soldiers; whose sole task to wipe all existence of the T-Virus outbreak including those that went to all the effort to survive the crisis. So expect to explore the Raccoon City Police Department, eliminate the likes of Leon Kennedy, and thwart the plans of the US Special Ops, and knock-off a few zombies while you’re at it.

We got our hands onto the co-operative mode of Resident Evil: Operation Raccoon City, and found why after so many years of running low on ammo, and conserving your weapons, that pumping a zombie full of lead is the most satisfying feeling in gaming.

Now it is imperative that you do not confuse Operation Raccoon City with a survival horror game; which you would expect from the Resident Evil series. Operation Raccoon City is primarily, at heart, an action shooter, but in a universe that is acting the same as it was back in Resident Evil 2’s release, except slightly improved of course. Your squad members will be able to refill their ammunition at caches, and you wont be scratching at puzzles to secure the coveted Desert Eagle; you're going to already have all of the fire-power that you desire.

You’ll not only see familiar characters like Leon Kennedy, you’ll also see some familiar Bio-Organic Weapons, such as the famous Lickers, Hunters, Tyrants and what we’re promised is a new one. On top of this nostalgia trip, Operation Raccoon is returning to the good-old days, when monsters stayed dead, nothing has a huge claw that comes out of the gaping hole where it’s head used to be, and the majority of the population comprises of wandering, mindless zombies. 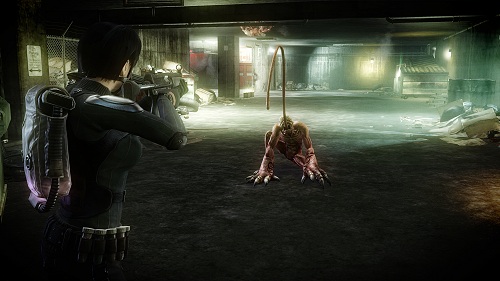 You’ve six different characters to choose from, these characters are set to specific models, and cannot be modified in look, however quite strangely, you can have more than one instance of the same character. The characters are Vector; a stealth operative, Beltway; the explosives expert, Spectre; the sneaky camping sniper, the peculiarly named Bertha; the medic, and the two recently announced; Lupa, the leader of the squad, and Four Eyes; a research scientist.

What is best about each individual character is not only will they use specific weapons, but they also have special abilities unique to each; making Four Eyes perhaps one of the best characters available with her ability to turn B.O.Ws on each other, or perhaps Vector's temporary camouflage will be more useful to you rushing the US Special Ops when they get in your way, so far there doesn't appear to be a weak point in the characters, and each can hold their own.

However if there is one tactic that can be put to fantastic use, which is pretty unique to the game, is the method of shooting your human enemies, to attract your less intelligent enemies towards them. Problem with a sniper? Give them a quick shot in their general direction; before you know it they are swamped with zombies, the tactic is a double-edged sword however, and as much as you can pull it off on the US Special Ops, they will undoubtedly pull it off many an occasion on yourself, and your team. 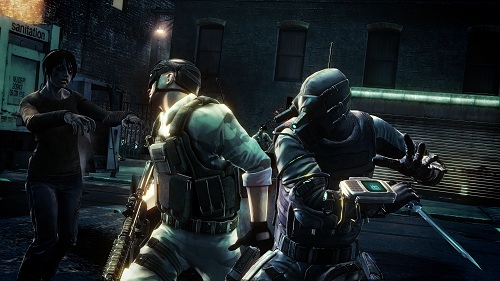 Just because this is Resident Evil, don't expect to get Game Over screens every few minutes due to the incompetence of your team mates, Operation Raccoon City is just as much a team based online experience as any; set up throughout the levels are checkpoints that will allow you to respawn when you've turned into a zombie, been shot to death, or worse; quite a refreshing experience when you are used to the famous You Are Dead screen.

Operation Raccoon City is primarily a team-based game and this is handled excellently with up to 4 player online co-op. There will also be a number of competitive online games, and a single player campaign for those jonnie-no-friends. This is the first game in the series that has been designed to fully encompass 4 player online play on the current generation of consoles; it’s just as shame that it isn’t Outbreak Files #3.

Whilst we didn’t see very much of Resident Evil: Operation Raccoon City we are awaiting its release with baited breath, after all Resident Evil 2 was the high point in the series for us —yeah we’re one of those fans-, so we can’t wait to relive a classic point in the series when the game is released Winter 2011 on Playstation 3, Xbox 360 and Windows PC.