At Gamercast we give every game a chance with a thorough play and a good amount of time, in fact one of our writers has a saying that ‘every game is a good game'; no matter what there is something that shines through that will make that game memorable to perhaps just one person. 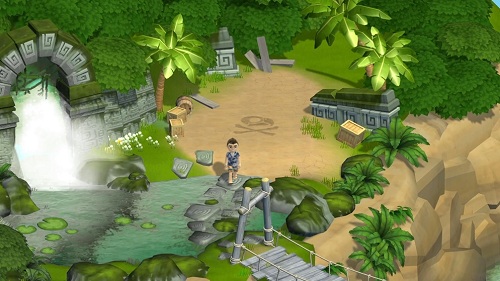 So we were up for a look at Margaritaville Online, a new Facebook game created in collaboration with Exploding Barrel Games and THQ. As the name suggests, Margaritaville Online is tied to the legendary author and singer-songwriter Jimmy Buffet and his parothead lifestyle, and through social networking that dream can now be a reality to millions of Facebook users around the world.

Created with the Unity engine, Margaritaville Online is not your standard Facebook affair; Exploding Barrel Games have made it as much a ‘real’ game, as it is a 'social game', featuring cutscenes, 3D models, animation and physics bringing the game away from the ties of the casual game as we know it, and instilling the similar production values of video gaming to Facebook, plus the models are really cute, with a very MySims vibe to them.

The game takes mini-games from the most simple and popular of ideas, so don’t be surprised when you perform a little Simon Says on the steel drums, some gallery shooting against the Party Pirates, or some good old fashion quick-time reactions with Limbo. Everything is primarily controlled via the mouse, and rather than your standard Xbox 360 title, Margaritaville Online is accessible to just about anyone with a Facebook account. 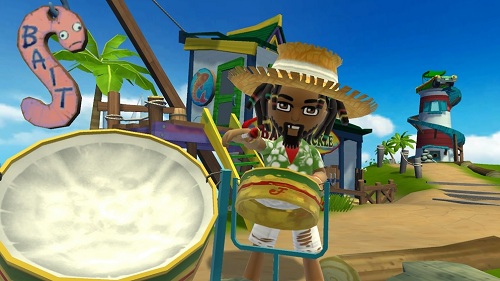 Better yet, Margaritaville is as close to a true game as you can get, with puzzling adventure game style elements, mini-games and contained stories that are told via quests. The developers behind the game's physics and animations have worked on the likes of Skate and NBA on their CVs, this is one game that will stand out from the crowd of Mafia Wars, Farmville and Cityville. Margaritaville Online is a true game at heart, and really appeals to those scouting Facebook for a bit of entertainment that will last longer than five minutes.

Margaritaville Online is not just a game it’s a lifestyle, and it’s heading to Facebook, iPad and iPod for Fall 2011.