EDIT: After reading a lot of the contention on the net about what direction IO Interactive have taken Hitman Absolution in, I wish to make it clear. Hitman Absolution is NOT Splinter Cell Conviction. The Instinct bar rewards the stealthy player, in the same way that the Mark & Execute ability did. There are no QTE events for killing enemies, and as far as what GameInformer have said about similarities to Red Dead Redemption, we were not shown anything like this in our demo at E3.

Hitman Absolution is the newest game in the long running, cult series of Hitman: Agent 47. Five years in the making, Hitman Absolution promises to take the series into a new direction, by improving on the clunky controls, cover system, overhauling the disguise, and button prompts, but removing the core sandbox style levels that Hitman is synonymous with, this will be sad to see go; as it was the most engaging element to the series.

IO Interactive have always been true believers in the freedom of choice, and although Hitman will feature far more scripted events than ever, it will still cater to the Silent Assassin, or the gun-toting maniac in us all, so as always there will be multiple different ways to play out a mission, they are not setting players down a completely narrow path. 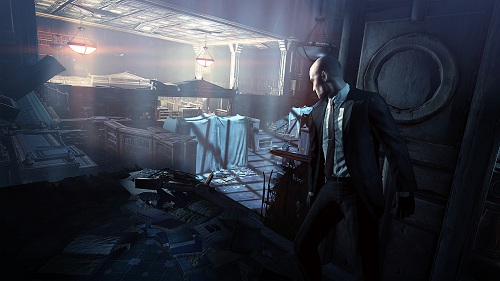 The most obvious improvement on Absolution is the cover system, which to be fair is necessary in a stealth title and takes the series up to speed with all of the current third person action titles like Gears of War or Uncharted thanks to their new Glacier 2 engine, which will mark their first use of the proprietary engine. However with Glacier 2, IO Interactive have made a living, breathing world with their new AI system; the Intelligence Spectrum that promises for more dynamic AI, taking a step away from binary AI. To top it off, Absolution also looks fantastic and is graphically superior to Blood Money, players of the previous games will also be glad to hear that Agent 47’s famous crab-like sneaking is finally gone!

A new feature to Hitman Absolution is Instinct -because Agent 47 is no longer with the agency he now has to rely on his abilities that have been honed throughout the years- the closest mechanic you could compare to Instinct, is Batman's Detective mode, allowing you, for a limited amount of time, to see your enemies, and the paths they will be taking. Instinct, also allows you to further mask your disguises when suspecting npcs get a little too wary of you. The Instinct bar works similarly to Sam Fisher’s Mark and Execute as it is fuelled by silent take-downs and really rewards the stealthy aficionado. Be aware that without the Agency's links, you can no longer play Hitman via the map screen, you have no intel on locations or placements of targets, it will be up to your own keen eye to spot key characters current locations, and objectives. I'm still a little hesitant with Instinct's 'detective mode' instant path finder, but with the lack of a map screen, who knows what IO are thinking. 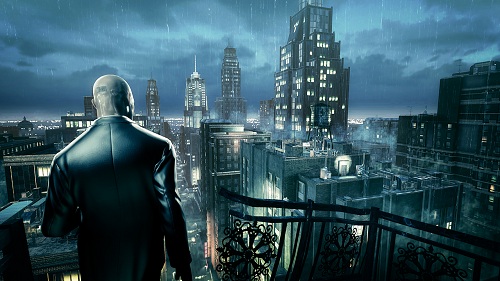 Whilst our description of the action will not compensate for the real action, hopefully IO Interactive will release a gameplay video soon; our demo begins with Agent 47 skulking around a Chicago library in the pouring rain, there’s police everywhere, and they are hutning for you, the first most noticeable difference with Absolution is Agent 47’s movements are sharp, and quick, this is not the old clunky bald headed individual we are used to seeing. The cover system looks impeccable, and he moves from cover to cover with the press of a button, creeping around the library in silence, unbeknownst to the unsuspecting policemen.

With graceful ease he picks off the stragglers with context specific silent take-downs, and clever use of nearby objects, such as a power cord as a garrotte, and a bust for a sharp blow to the head. Most importantly, all of these actions are made aware to the player with button prompts that the player can read with relative ease, no more ridiculously small instructions laden in the bottom of the screen, be aware, there is a difference between QTE and button prompts, IO are not making Heavy Rain.

We are shown the two different parallels that can be taken; the ever deadly assassin, and the last resort of a man on the edge, as Agent 47 takes a human shield and retreats as fast as possible, the demo also shows off one of the many action-orientated scripted events that have been added to the game in order to stimulate gameplay flow. In this particular instance; Agent 47 is chased by a helicopter. Hitman games in the past have always relied on the player’s ideas and strategies, however Absolution will also throw more gameplay at them as well; taking away from the sandbox style levels that Hitman has always stuck to. 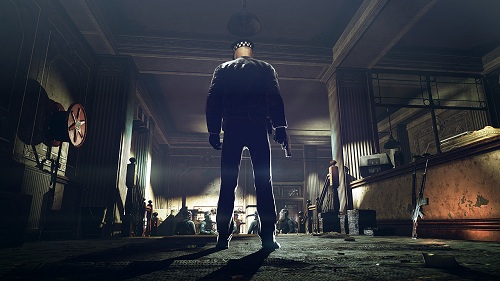 The action doesn’t stick around for long as we are shown the new disguise system which as ever will be an important aspect of the game, however in Hitman Absolution, disguises are complemented by the new Instinct system, allowing Hitman to further enhance his disguise by performing actions to hide himself from suspecting persons.

On the run, you no longer have a choice of tools at your disposal, or Diana on the wire to inform you of your targets, Absolution breeds a new type of Hitman, one that relies on instincts and experience, over the amount of money you have in your pocket; although the true player would only need a garrotte and occasionally a silenced pistol.

Dynamic AI is shown to us as two policemen are suspicious uncertain as to why you have come from the direction of the action, and question your motives; before they can do anything Agent 47 quickly disposes of them before joining an even larger crew of cops in the lobby, as well as an even more dangerous SWAT team. However by keeping his cool, and initiating his Instinct, he can loiter over by a doughnut; context specific to the policeman’s disguise, and waltz by unscathed as he very quickly dissipates into a throbbing street crowd full to the hundreds. 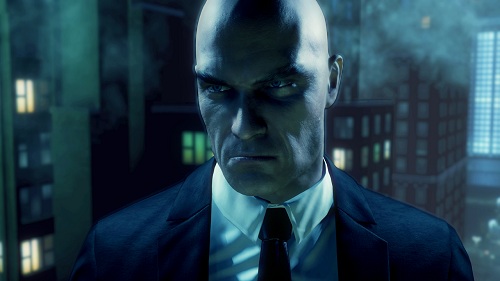 Agent 47 is back, and if you play it right, then he’s cooler than a cucumber, everything that IO Interactive have to show looks absolutely fantastic, however unfortunately after a few questions, apparently it is confirmed that long time Hitman icons; David Bateson; the voice of Agent 47, and Jesper Kyd; the award-winning composer behind every musical track in the series to date will not be returning in Hitman Absolution.

Although some hardcore fans of the Hitman series will feel slightly violated that IO Interactive have decided to change some of the core factors of Hitman Absolution, in taking the series into a new direction, it’s time we let go of our allegiances and let the new times role, unfortunately games have to evolve with current trends or they just don't cut it in the market. I would love to see Hitman Absolution as a simple extension to the Hitman series that I have known and loved for the past 11 years, but it was never going to happen, it's still early yet, I'm just glad that Agent 47 is making a return.

Hitman Absolution will be seeing release during 2012 for Xbox 360, Playstation 3 and Windows PC, expect to see every minute detail of the game covered up until its release; we're just hoping it stays as true as possible to the series, the silent assassin rank on every chapter is still a must, fingers crossed.