One downloadable title that caught our eye at E3 this year was Majesco's revamp of the cult dhampir; Rayne in Wayforward's BloodRayne Betrayal. In a break from the previous incarnations, BloodRayne Betrayal is a 2D side-scrolling adventure, and feels like a cross-breed of Castlevania and the fast-paced Alien Hominid.

Rayne is back in style with 2D animations that comprise of over 4000 frames for herself alone, and the new comic-book style takes it far from the 3D open fighting of the first games, fans will notice a few familiar faces along the way, but you needn't be a die-hard Rayn-ite to take in the game's luscious art design and fluid gameplay. 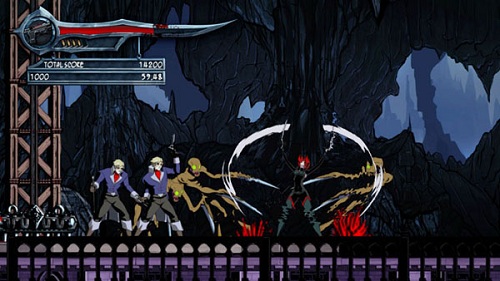 Betrayal takes players back to the days of the hardcore 2D side-scroller; this is no easy affair, the game is very acrobatic, and completion of it will rely on your ability to pick up Rayne's complex combat system that can be performed like a pro. For the most devastating of effects, much like the late-and-great Phantasy Star Online, Betrayal is all about the timing; a good slash with a blade followed by a quick dash and another jab to the face and you're rewarded with a hail of blood.

Interestingly enough, Wayforward have made Rayne very offensive focused, so of all the moves that you will use and learn, you will only have one defensive move to fall back on; the faithful dash. The game is still very acrobatic however, and like a proper gymnast, Rayne has a variety of different strength jumps to get you out of those sticky situations, including the very tough, but extremely rewarding, back flip.

Thankfully for those of you that simply enjoy light side-scrolling, BloodRayne Betrayal features a checkpoint system via Blood Fountains, so you won't need to fear death placing you right back at the start of the level, unless you are in a boss battle of course. However those looking for a challenge will be delighted to hear that the game features heavily focused leader boards that do not rely on the enemies that die by your hands, but the swiftness that you can complete a level in. 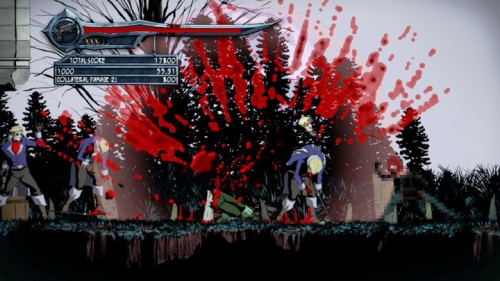 As you would expect, beheading vampires, drinking the blood of your enemies and generally kicking ass is not the most child-friendly of pastimes; BloodRayne Betrayal is visceral with blood spurts, or fountains of blood, frankly any attack with her decapitating blades produces an ample amount of animated gore for your typical blood lust.

You'll encounter a variety of enemies on your travels, with everything from vampires, grotesque blood-filled enemies, parasites, guards and most importantly epic bosses. At your disposal are your blades, and your teeth, but it all comes down to those fast fingers when you need to down a tremendous mechanical crab. Unlike a lot of combat-based games, moves are not unlocked in BloodRayne and every fluid jump, to killer slash is available to use from the very start, so it's just down to you to master her most deadly of attacks, that will inflict the most pain upon your deserving foes.

BloodRayne Betrayal looks to be a really solid XBLA/PSN title; the combat is as fluid as a slippery slug, and watching yourself pull off that tricky backflip on the end of a successful blood-spouting run through your foes is very rewarding. With plenty enemies to rip apart I can forgive the switch to 2D, fans of the original you will have to forgo a lot of changes to the game that you once loved, those that simply know of BloodRayne, well, you might as well forget everything you ever knew, and give this truly fantastic downloadable title a whirl. 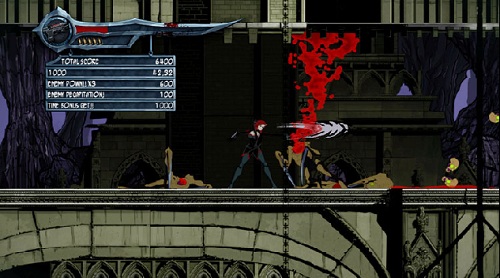 BloodRayne Betrayal is scheduled for a release in early August 2011 for Playstation Network and Xbox Live Arcade for 1200 Microsoft Points or $14.99 respectively.