If you were like us, this Christmas just after watching the annual seasonal episode of Doctor Who then you rushed to the computer afterwards to enjoy the last episode in the current series of Doctor Who the Adventure Games. In this last episode; Shadows of the Vashta Nerada Amy and the Doctor are forced to celebrate Christmas on Poseidon; an underwater base in what we presume is the 23rd century London from where we last left off in TARDIS. 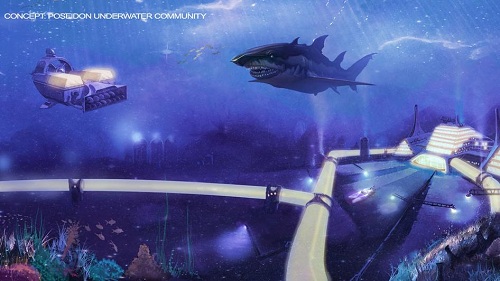 As the name suggests this latest episode features the fearless Vashta Nerada that fans of the series will remember from the brilliant episode Silence in the Library. This fearless alien race has begun to appear in the complex of Poseidon, so you'll need to watch yourself in the shadows as you traverse the narrow corridors and dim rooms throughout the base. However the people of Poseidon have other problems; not only is a huge shark -but it’s not really a shark- stalking Amy and the Doctor through the hallways, but the community of people that live at Poseidon have contracted a rather nasty disease.

The puzzles in this episode are actually quite minimal, other than the usual wire crossing, there is a new mini game, but is only really a test of your speed. If anything as the series has progressed the episodes have turned more-so into interactive games as opposed to ones that engage you with tasks to perform like your average adventure game.

However in Shadows of the Vashta Nerada you will need to be quick on your toes, as you find yourself running towards the precious light or running away from the Vashta Nerada's hosts in order to trap them. It needs to be said that this is probably one of the most dangerous adventures that the Doctor and Amy have ever been on, so don't be surprised if you are caught out and killed on many an occasion. 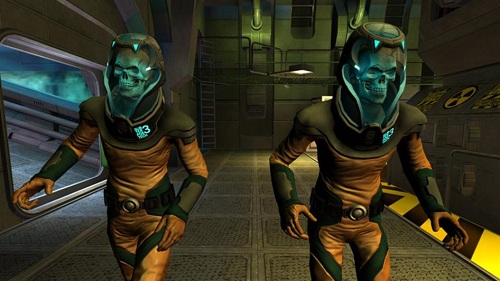 As you might expect Shadows has the same high production values you expect from the TV series, and although the underwater community of Poseidon does not seem as elaborate and grand as some of other locations that we’ve visited, the Vashta Nerada have never seemed so terrifying through the winding corridors and dark corners that only a small network of tunnels could provide. As usual you’ll find a good few laughs, although it does feel a little shorter than some of the previous episodes.

After four fairly impressive episodes hopefully the series has been embraced in family households, but did you manage to finish each episode, or better yet, did you collect all of the cards? Did you learn a lot of interesting facts dotted around each episode, and most important of all did you enjoy your travels as the Doctor? We know we did!

The Shadows of the Vashta Nerada brings possibly one of the scariest monsters of Doctor Who to the gaming world, and although it could have been achieved far greater it would of undoubtedly not been suitable for children, regardless the use of fear and tension is created exceedingly well, and it is possibly the most action packed title in the series. Then again, you manage to save Christmas for a community of people, and there's always something warm and fuzzy about that. 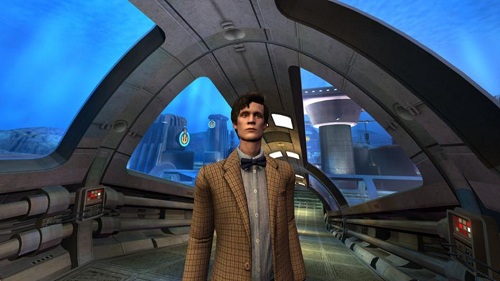 The Shadows of the Vashta Nerada was the last episode of Doctor Who: The Adventure Games, however they will be returning this year for a new series. Although there are no details just yet, keep an eye out for the return of the Doctor and Amy, we can't wait to see what adventures we get into this year.

The Shadows of Vashta Nerada is available now through the BBC website for free for Windows and Mac, now who's for Sea Pumpkins?