In what is possible the most fitting way to present Paradox Interactive and Critical Studio’s upcoming theme park hack’n’slash, the two have announced that tomorrow they will be holding a live streaming event that will put three Paradoxian’s into the humiliating seats of the heroes as they battle three-versus-one against the merciless Dungeon-Master In-House wizard and accounting supervisor ‘Yellow’ from Magicka! Yeah it’s a bit cheesy, but it will be funny to see some of the guys from Paradox Interactive very likely lose at their own game. 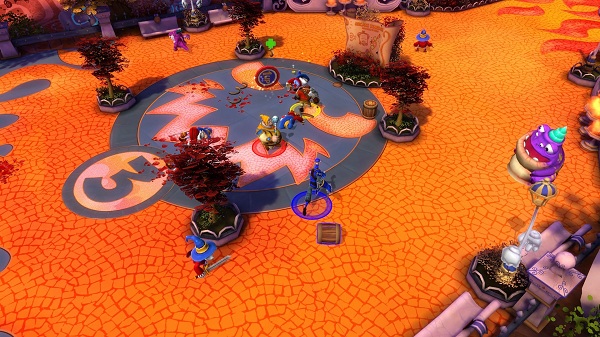 So if you want to see some publishers get absolutely beaten, knocked down and disgraced, be sure to tune in December 4th at 7pm GMT on their official Twitch TV channel. Following the live stream, viewers can chat with the developers at Critical Studios who are participating in an AMA on Reddit at 8pm.

If you think the Paradox group are a load of pansies and you reckon you can do a better job tackling Dungeonland you can still sign up for the upcoming beta which begins December 5th. Dungeonland is scheduled for a release during Q1 of 2013 for Windows PC