UIG have just announced that they will be releasing the upcoming PC fantasy RPG Dungeon Gate that gives players the opportunity to shape-shift into their enemies and any NPC creatures out there to unlock unique opportunities to solve the game, think of it like the Nomad Soul, but instead of unveiling a corrupt government, you are solving puzzles and tackling obstacles.

Now whilst the Nomad Soul, and Space Station Silicon Valley were very inventive at the time, Dungeon Gate will take the idea to a whole new level, with more than 60 foes in the game, you will be able to take on the form of mummies, scarabs, slimes even rabbits and chickens. Becoming these creatures you gain special abilities, powers and weapons as long as you have enough energy.

In the besieged world of Barrilian that is being devastated by dragon hordes at the hands of an evil tyrant, the people have been forced into slavery; mining precious stones that aid the dictators magical strength. 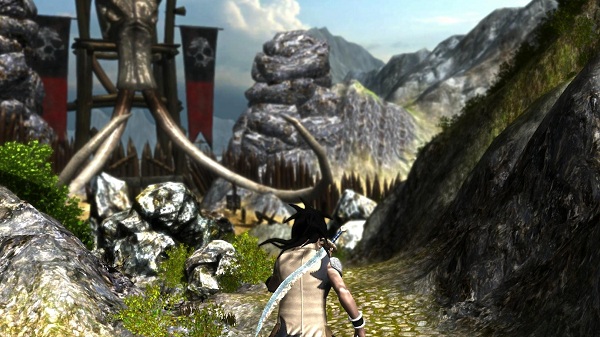 Our hero Dysan possesses the ability to drain the DNA of any NPC that he meets and encounters, which will then allow him to shape shift to them at any given time that will aid him in battles, make unique choices, solve puzzles and overcome obstacles.

Dungeon Gate puts a brilliant spin on the fantasy RPG, and the open ended quality of the game mechanics in use make it a very promising experience, after all, why wouldn't you want to walk around as a chicken in a rich open world!

Dungeon Gate is currently in development at Wild Games Studio, and UIG will be publishing the game that is currently scheduled for a release February 2013.