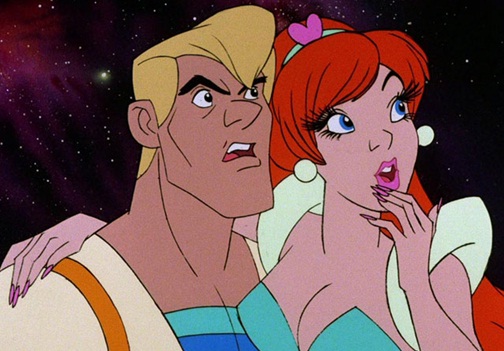 Publisher Destineer have announced a partnership with Digital Leisure Inc. to develop a Dragon’s Lair Trilogy that will bring three timeless arcade adventure games together on one disc for the first time! Exclusively for Nintendo Wii, Dragon’s Lair Trilogy will contain the arcade hit’s Dragon’s Lair, Dragon’s Lair 2: Time Warp and Space Ace, really they should have called it the Don Bluth Trilogy, I know I’d be sold on a title like that!

Gamers of all ages will be able to experience the stunning animations and engaging storylines from the legendary animator Don Bluth, setting you in fantasy tales that feel like they are out of the 1980s good old fashioned story telling with the warm-fuzzy nostalgia of films like Labyrinth and Willow.

All three title will contain remastered animations, and will be available to play in both standard and widescreen formats, old fans can relive their days playing the games in the arcade as each game will come with the original arcade gameplay modes, and new comers to the series, behold the majesty of Don Bluth’s timelessly beautiful animations.

The most surprising feature and a definite selling point for myself is that the trilogy will come with a ‘Watch Mode’ that will allow players to view all of Don Bluth’s animated sections of all three games without the need to be on the lookout for viable directions to move in, so your full attention can be placed on the engaging videos.