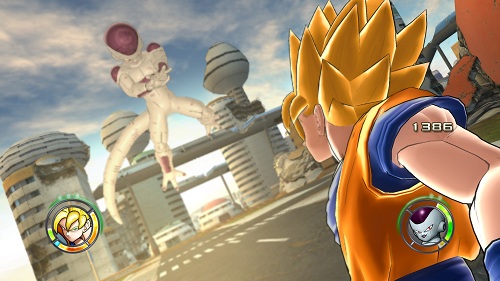 If you are a fan of Dragon Ball you will be completely in your element with a host of different modes, including single player modes like Galaxy Mode, Battle Zone, Single Battles, Team Battles and Power Battles. You can also fight friends over Xbox Live, ensuring that your time on Dragon Ball will be well spent, and that you'll never run out of fights, be it an AI character or a random person on Xbox Live.

The battles that you can play over Xbox Live range from standard battles, ranked, friendly, or Freestyle; allowing you to create your own fights and rules for single or team battles. You can also play World Tournament with Xbox Live parties, with leader boards. 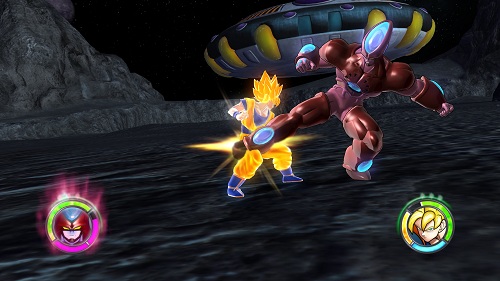 It is slightly disappointing that there is no clear story mode, other than Galaxy Mode, but with no animated cut scenes which every Dragon Ball game needs, a lot of fans will be disappointed with the lack of cutscenes between fights. The Galaxy mode is similar to that of Dragon Ball Z Super Sonic Warriors 2 on Nintendo DS, where you can select a specific fighter, and then fight different foes, however with challenges that can be set and a level up system, you could easily play Galaxy Mode for the rest of your life. Along the way you will also unlock new characters, costumes and super attacks, further enhancing your battles.

If you are looking for a challenge then the Battle Zone is where you want to be, similar to the one featured in Dragon Ball Z Budokai Tenkaichi 3, it also has the added bonus of unlockable items to change your character’s appearance such as change the colour of their aura, the Ki charge, add dark energy or a burst of lighting.

The last and most impressive mode is the Museum, which is a must for every die hard Dragon Ball Fan, containing a Character Encyclopaedia, BGM Collection, and the ability to watch replays of your epic battles. There is also an image viewer with over 300 images from the anime and manga. You then also have the option to re-watch the intro video along with any other videos you have unlocked, as well as an exclusive video to Dragon Ball Raging Blast 2 you can watch the 30 min re-mastered HD anime OVA; 'Plan To Eradicate The Super Saiyans' which had previously not been seen outside of Japan. The OVA was originally a video-strategy-fully-animated walkthrough of a Dragon Ball Z Famicom game. Better yet, after watching this anime episode you unlock Hatchiyack to fight as. 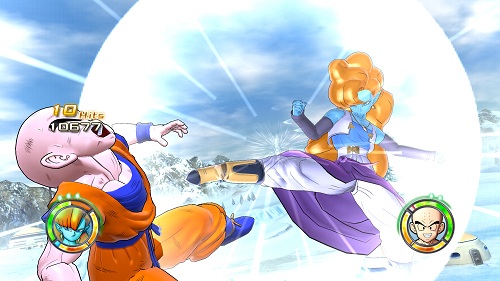 A key feature of every Dragon Ball game, is collecting the Dragon Balls. You collect these in Galaxy Mode, and once you assemble all 7, you can summon Shenron; the eternal Dragon who will grant you one wish. This wish can be used to unlock items, attacks or stages in the game. The summoning of Shenron is exact to the anime, and the graphics and voice are spot on. Better yet, just like in the anime if you don’t make a wish Shenron will get impatient. Once you have made your wish however, Shenron will disappear and scatter the Dragon Balls across the universe. After recollecting all seven Dragon Balls, you then get the option to summon Porunga, who unlike Shenron, grants three wishes that work similar to Shenron’s.

The music is great in Raging Blast 2, and fits tremendously with the fights, and does sound very similar to the anime, also if you want to re-create the fights from the anime to the very last detail, Raging Blast 2 supports custom soundtracks. However as well as the music, Dragon Ball is all about the transformations, and as always they have perfectly mimicked the anime down to the last detail, however unfortunately Super Saiyan 3 Vegeta and Broly are still separate characters and not transformations which a lot of fans will be disappointed with.

A great improvement has been made on the camera angles from the previous game, so the camera is now over your shoulder and not too zoomed in, the Ki charges have also now been made larger and more accurate to the anime. This is also the case with the super/ultimate attacks that have been improved with more detail. Combos are also now far easier to pull off, in Raging Blast you were lucky to pull off a 15-hit combo, however you can now score up to 50-hit combos with the new Raging Soul mode, making fights far more epic in proportions. 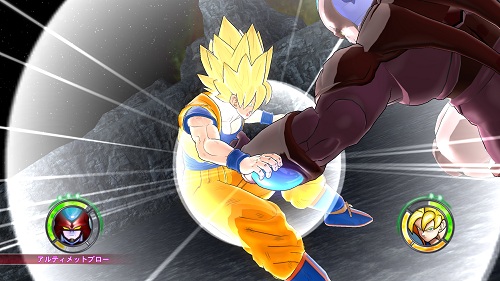 Spike have also took their time from fan feedback and the anime and have rectified the graphics, details and most importantly game play, so although there are some important characters missing, stages and most importantly there is no properly defined story mode, Dragon Ball Raging Blast 2 is the best Dragon Ball game so far, and DLC with extra stages and characters will be high on my wanted list, above the next sequel of course.

Dragon Ball Raging Blast 2 is available now on Playstation 3 and Xbox 360 for the SRP of £44.99 in all good stores.