Cyanide have unveiled images of their upcoming Dogs of War Online; a free-to-play multiplayer game based on the extremely popular Confrontation universe. This turn-based, tactical arena game is heavily influenced by the legendary Rackham board game Confrontation so expect to see races, locations and more that you may recognise.

In Dogs of War you must create a squad of mercenaries made up of the units of your choosing, and send them out to battle against other players in a hexagonal turn based system. In order to cope with the life of a mercenary company the player will need to demonstrate leadership qualities second-to-none and deal with the common issues of desertion, tension between soldiers, not to mention theft. 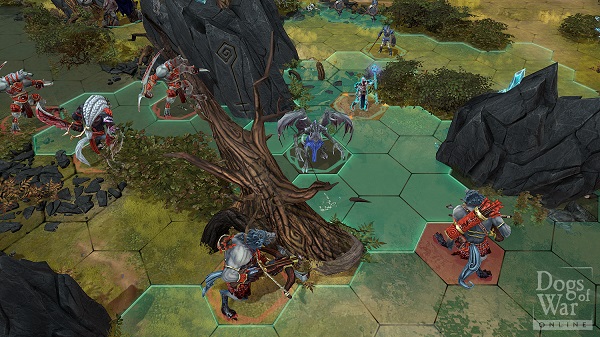 Each mercenary in your band can be customised and if you get bored of your men you can acquire new units to replace them from the army that you chose consisting of the obvious; Ram, Lion and Wolfen, made up of the undead, noble nights and dangerous predators respectively, with promise of more after launch.

Dogs of War Online is scheduled for a release during Q2 of 2013, sorry all you singleplayer fans, but it is exclusively multiplayer, it's not called Confrontation for nothing!