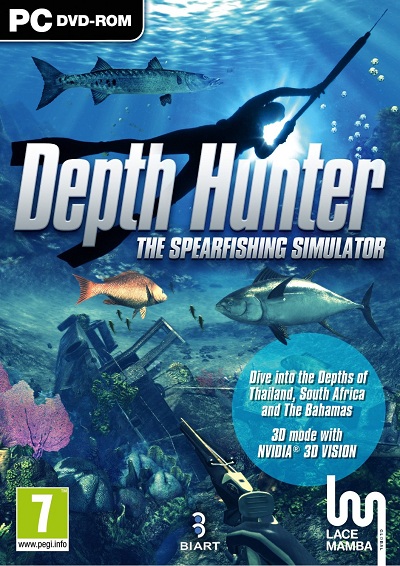 Depth Hunter is one of a series of games from Russian developers Biart that are centred around the usually avoided setting -for technical reasons- of underwater, you may have played the recent Deep Black on the Xbox Live Arcade, a 3rd person episodic shooter, well rather than glitz and glam of killing enemies and blowing stuff up, Biart have explored the true beauty and simplicity of the underwater experience in Depth Hunter - The Spearfishing simulator.

For those unaware of the fairly popular sport of Spearfishing it is exactly as it sounds, except rather than with a long spear, nowadays partakers use small handheld spearguns, now whilst the action of spearfishing sounds like a particular violent and cruel way to fish, it is actually the most environmentally friendly form of fishing out there, and surely you'll feel better spearing a few yellow fin tuna knowing that you won't be harpooning a dolphin by mistake! 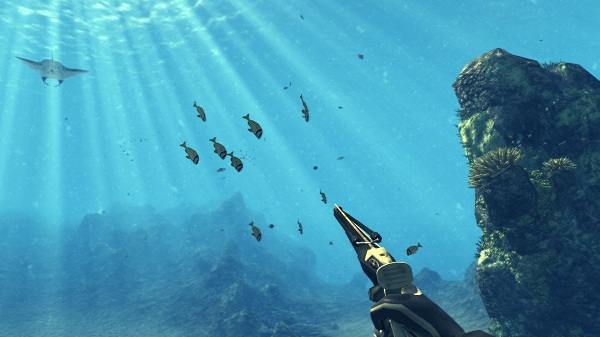 The game allows you to explore three great reefs in South Africa, the Bahamas and Thailand through a series of challenges that will ask you to perform certain tasks as a spearfisher, finishing your objectives will unlock the other reefs for challenges and free mode that permits you to explore the reefs at your leisure.

The challenge based game presents you with certain objectives focusing around the reef, such as catching certain fish, catching so many in a time limit, catching fish without missing, and various other fishing challenges, however the life of a spearfisher does not just centre around your spear, throughout your exploration you will be tasked with underwater photography and even finding sunken treasures such as pots, goblets and fragments of statues.

Each act that you perform is worth a certain amount of points which don't really have any bearing on the game, as each reef appears to 'complete' after you have satisfied the goals of every missions given to you. Each challenge is fairly simple, and you'll usually be given a rough waypoint of where you can find the fish you are looking for, or where treasures can be found, they are all fairly straightforward tasks, and before you know it you'll be a master at harpooning fish, and know the reef like the back of your hand. 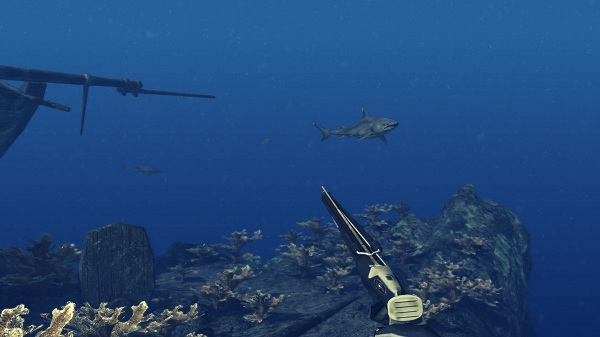 The skill of catching fish is fairly straightforward, and much like a FPS you simply aim with your speargun and shoot, in fact, the art of spearfishing is a lot like sniping; and you'll find yourself tracking your fish before you spear them, then it is simply the act of reeling them in with your mouse wheel, and within five minutes you'll have mastered the game, all you will have to remember is to surface for oxygen every now and again, and not to underestimate the speed of some fish.

Now Depth Hunter is a simulator, although perhaps using such a label was a mistake when you consider that the genre of simulators appeal to such a niche crowd, in fact, Depth Hunter provides more of an experience than your standard simulator, and the focus is not solely on the act of the simulation, but there is a large spotlight on exploration and beauty that makes it comparable to no simulator that you'll have ever played before!

I cannot stress just how beautiful this game is; even on a fairly humble PC, there is never an ugly moment, you could simply stand around and watch the world pass you by as sun beams penetrate the water, reflecting off of fish caught in it's path, or observe a school of fish as they nip at nearby coral. Complete with the chilled out, and relaxing music Depth Hunter is without a doubt one of the most tranquil and soothing games released since Ecco the Dolphin, and on top of this it also supports Nvidia 3D Vision which is apparently a very impressive example of the technology at work. 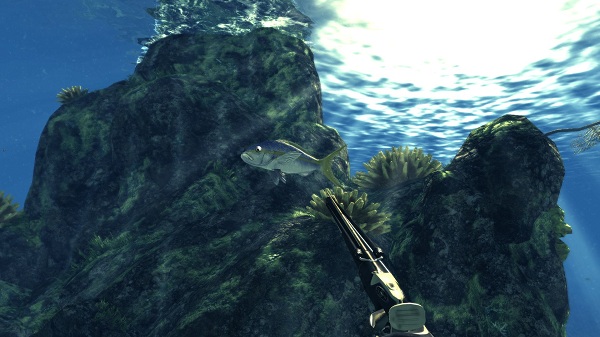 However if you are a fan of the unique titles Pokemon Snap, Africa or just taking photos in general, the photography segment of the game will no doubt interest you, the ability to swim around in such a beautiful landscape from the comfort of your own home is the true gift of games, and you'll probably never get as close to a tiger shark or moray eel in your life, and to top it off the fish are all so beautifully modelled you might as well be there. A nice addition that they have added into the game is that any photo taken can be set as your desktop wallpaper, although unfortunately the images are not very high quality when you consider the resolution that the game supports.

Depth Hunter is not just about fishing, and photos and treasure, surprisingly enough the fish are the focal point of the game, and these aren't just a few random fish, each fish hangs out in the environments they would in real life, so if you're on the lookout for a stealthy moral eel, you'd best start looking amongst the coral in the reef, and thanks to the library in the game you can even read up on them all if you are unsure of the differences between a Snapper and a Grouper. 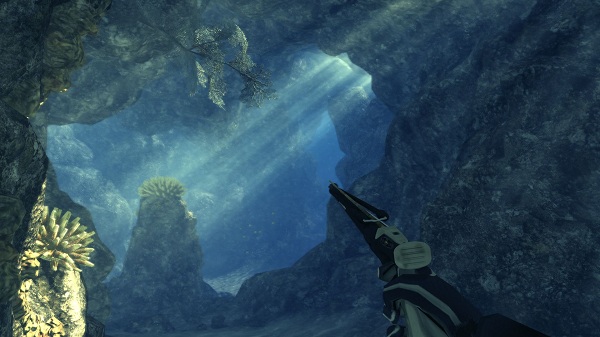 Depth Hunter is an absolutely stunning game, its sheer beauty makes it stand out from the simulator crowd, and whilst the missions are fairly basic, the game is a true marvel in its free mode; allowing you to swim around with fish, take some nice photos, and enjoy the view.

Depth Hunter - The Spearfishing Simulator is available now in all good stores for the RRP of £19.99, developers Biart are looking to bring the game to consoles too, so keep your eyes peeled!