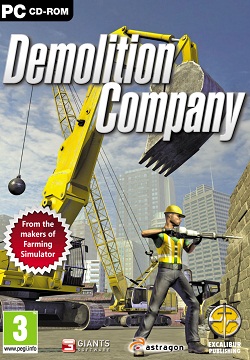 In Demolition Company you assume the role of a young entrepreneur ready to set up their own demolition business, set in a small town, much like Farming Simulator, you are tasked to advance your career so that your business sets up work all over town, using a large variety of demolition equipment to demolish buildings that you are tasked to take down until you reign supreme in the demolition world.

Unlike practically any simulator on the market, Demolition Company has an extremely unique approach to the controls system, rather than focusing on a series of keyboard keys that very few can remember or remotely understand, in Demolition Company you control your equipment like all good PC games should; with the mouse. A series of mouse button and movements lends to the most intuitive controls in any simulator to date, and do not require you to memorise a series of seemingly random buttons, neither do they force you to re-map the controls just so you can remember them in the slightest. The controls are near on perfect, and make the controls the furthest issue from your mind so you can focus on the most efficient ways to demolish your buildings. You are of course able to use the keyboard controls, but why would you need to? 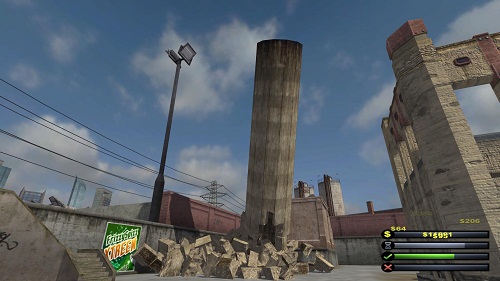 The game functions through an open world of sorts with a career mode that runs through 5 different locations in a city that all contain 5 missions each, each mission can be completed over and over again, to save up money, as well as repeat the fun of blowing up buildings, over and over again. Each mission completed will reward you xp, as you level up you will be able to buy more complex demolition machinery, and unlock more challenging missions.

When you hit level 7 the world is your oyster, you will be able to use vehicles freely in all of the missions, so if you want to demolish a clock tower with a wrecking ball rather than explosives you are at free reign to do whatever you wish, so of course the first thing to do when you hit level 7, is to demolish every task with explosives! As soon as you hit level 7 you also gain access to the Sonic Blaster, an extremely effective, if unrealistic gun that shoots pulses at buildings, demolishing them in mere seconds. 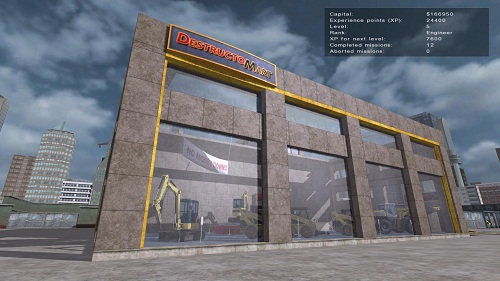 The range of demolition machinery in the game is superb, with simple items like the sledgehammer, jackhammer, and explosives, and intricate vehicles such as the wrecking ball, skid steer loader, excavator’s and loaders, all purchasable from the games' DestructoMart, and with the modding community there’s the option of more missions, vehicles and devices, GIANTS have also made a DLC package available here, which gives you a Bulldozer, a Pickaxe, and a Plasma Energy Manipulator -basically a gravity gun- to extend your play with.

Graphically the game is rather impressive, the damage on the buildings is still slightly unrealistic and single bricks are destroyed rather than obeying the laws of physics, however unlike Demolition Simulator, the damage still looks a lot more sensible, and there are some fantastic billboard’s in the game, compared to most simulators the graphics are stupendous, and even better, is that to accompany the great style, there is so much substance! 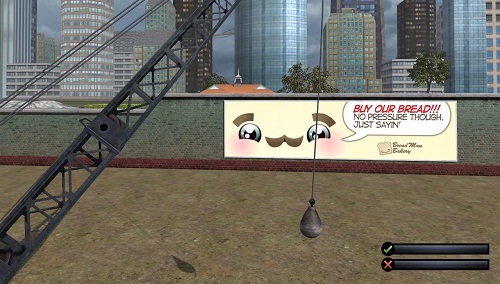 Demolition Company has it all, beautifully crafted machinery, engaging levels and the most intuitive controls in a simulator to date; it may not be as realistic as some hardcore simulator fans will want, but it’s tremendous fun, it’s made on our list as one of the best games of 2010, and will not be a game that we’ll stop playing anytime soon!

Demolition Company is available September 24th exclusively for Windows for an SRP of £24.99, it’s possibly the best simulator of the year —awaiting Farming Simulator 2011 for comparisons- and worth a purchase if you enjoyed Demolition Simulator.