Demolition Company was a fun and addictive simulator released late last year, in fact it was so good it made our Games of 2010 list. Well the DestrucoMart is back in Demolition Company Gold; and it's the same riveting game with some new added features.

The game has stayed the same since you last encountered it; the Career Mode is a brilliant addition to the game, allowing you to climb the demolition ladder as the C.E.O of your own company. You gain xp and cash from missions, these allow you to buy new vehicles and tools which in turn unlocks more missions. 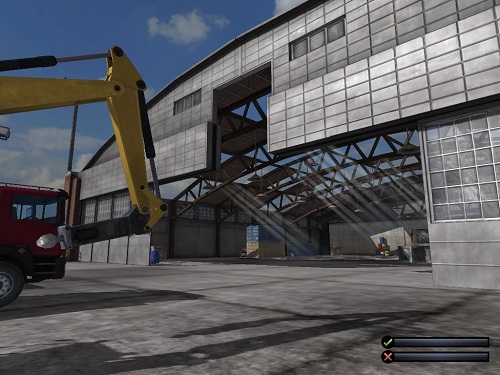 As soon as you hit level 7, the world is your oyster, you'll have all of the areas unlocked, and your arsenal of machinery is available for every mission, you'll also be able to purchase the new uber-tools that Gold contains.

Alternatively to Career mode this is also Mission Mode which allows you to play any mission that you've unlocked the area for. Without the need to buy the vehicles required, or tarnish your reputation with failed missions. It's also the best way to get a quick demolition fix when you need it.

The controls for Demolition Company are possibly the best that you will encounter in a simulator, with wimple interactions all performed with the mouse, the only keys you will need to use is your standard WASD, E to enter vehicles and R to turn your compressor on/off. With added game pad support life doesn’t get any easier, so it's goodbye long lists of controls, hello easy street.

So the Career Mode is the same, and so are the missions, the game hasn't been improved or patched, so what's the difference? Well they've bundled a load of extra features into it, Gold includes a new area; the Airport, as well as a new vehicle; the Bulldozer, and most importantly, three new tools; the Pickaxe, the Sonic Blaster and the Plasma Energy Manipulator. 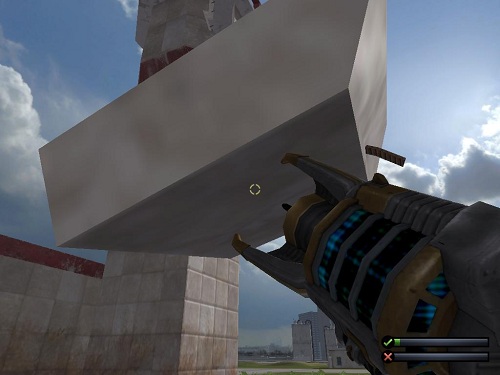 The most impressive addition to the game is the Airport, which comes with 6 different missions; which feature some true precision demolition and some that require you to become fully aware of your surroundings and the projection that demolished buildings will take. Aside from the 6 varied missions the Airport is the largest area in the whole game, and GIANTS have gone and pretty much created a whole airport; complete with spinning airport communications towers and airplanes taking and landing off.

However the real fun takes off when you sample two of the new tools; first off you've got the Sonic Blaster which shoots out a blast of sonic energy in the direction you point it. This is possibly the best new tool, as it just propels pure destruction at whatever you aim it at, it's even more fun than the demolition charges.

Unfortunately these two hand tools whilst totally entertaining, do not come cheap, and you're looking at $1million for the Sonic Blaster, and $1.2million for the Energy Manipulator, so you'll have to repeat a few missions in order to buy these tools. However if it makes you feel better they really are made of cheat, and you can practically complete even the most precise, difficult mission with the Plasma Energy Manipulator in a matter of minutes, and the sonic blaster just urges you to blow up everything in your path, it's just a shame that you cannot demolish everything in the game. 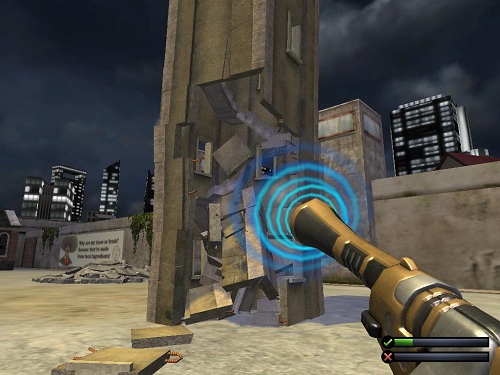 If you love blowing stuff up, wrecking havoc and generally having fun, then you’ll love Demolition Company Gold; the Sonic Blaster is the best tool in any simulator to date, and whilst the game may not appeal to the hardcore fans of the genre, everyone else's fun levels can shoot off of the chart.

Demolition Company Gold is available now for Windows for an SRP of £24.99, it was the best simulator of last year, and with the added fun that ensues with the new tools and missions, it's definitely worth a purchase. If you are considering to purchase the original or the Gold edition, go for Gold, there's no question about it!

As an added bonus, Demolition Company Gold also includes a demo of the brilliant Farming Simulator 2011 so if you didn't pick up one of the most comprehensive, popular simulators on the market, this will definitely whet your appetite.

For those of you that wish for things to be a bit more explosive, try downloading the community made rocket launcher on the Giants Mod page, you wont be disappointed!