Are you ready to defend Ardania? Have you got what it takes to bring elves, wizards and dwarves together to beat the undead hordes? You better because Ardania is depending on you....

Ardania has a variety of modes and contains both a single and multiplayer with up to four players. Single player allows you to play through the wealthy campaign, or single stage skirmish battles which allow you to replay any of the levels you have completed previously in the campaign. 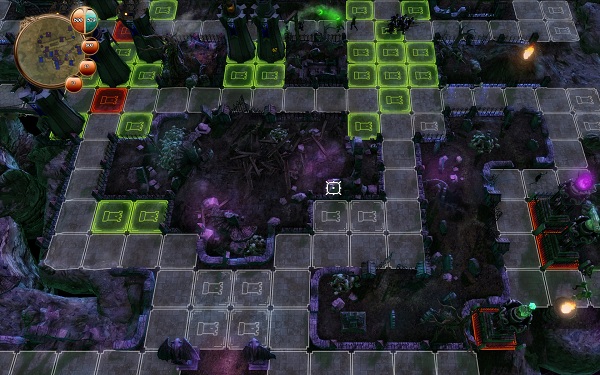 The game’s campaign unites Humans, Dwarfs and Elves against several different enemies over an extensive, varied and engaging campaign. Where you will be required to strategically place towers, create strong waves and defend Ardania from hordes of the undead, animals, wizards and your typical evil-doers to stop the magical world from being taken over.

As the title implies Defenders of Ardania is deeply rooted in fantasy, you won’t find any space marine’s here, players have access to soldier’s, warriors, dwarves, thieves and wizards, pretty much your standard fantasy fair as well as siege worthy equipment from the age of olde such as spear throwing towers and ballistas, and everyone knows that you can’t have a fantasy game without some Scottish people involved, so thankfully the narrator is a ringer for Sean Connery.

Tower Defences have a limited appeal, and most wear thin after a while, however to keep you engaged in Ardania you have the ability to level up the units that you use. It is not just the case of throwing your money at your units; in order to level up a unit they are required to disperse from your humble base to the opponents successfully. 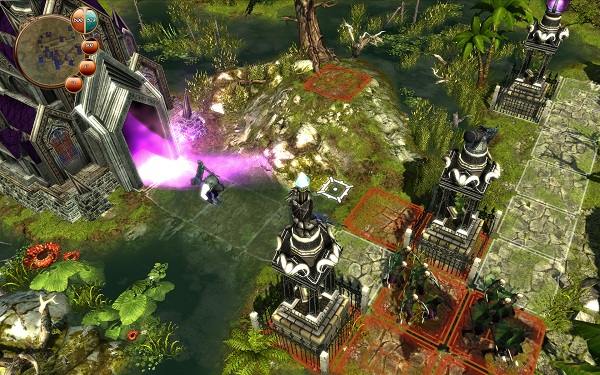 Of course it’s not that simple, your units will have to pull off this feat more than once to level up, unfortunately there isn’t much variety as units can only be levelled up twice, and whilst they do become ultimately more powerful, there is an increase in cost.

True tower defences are all about skill and strategy; you can’t just place things with no regard to costs, this is integral with Ardania due to the ability to place waves as well as towers, thankfully players have a lot of control over their waves, and they can be created with a mixture of units, the key is having the eye to pick the units that will most compliment a wave. You’ll find that there is a true knack to creating the right waves with some units that prefer to attack enemy units, and many of them move at different speeds, so it is always important to get your slower units out first so they are not left behind by the faster units.

Locations also make a big difference on what you choose to deploy, the locations in the game range from small towns to large forests each offering their own unique challenges such as restricted tower placement -where placing the appropriate towers is the biggest decision of your life- or narrow areas -that benefit from using area-of-effect towers to funnel enemy units into tight spaces. There is also a small number of magic spells available to you, but at an expensive cost, and long cool-down they are left solely to swing a bad encounter to your favour.

Defenders of Ardania is a tower defence, which usually favours a more simplistic art style, however the top down 3D maps are ornately detailed with many diverse environments, most effective is the divide between good and evil where everything that the player controls is cheerful and bright, where as the enemy units and towers are all stereotypically dark and menacing colours. 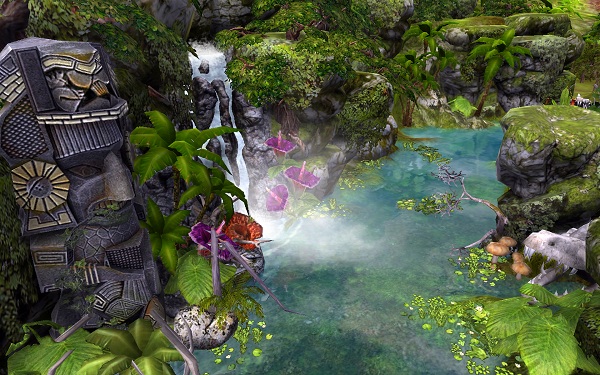 Defenders of Ardania is a very interesting take on the tower defence game, and the ability to create and level up waves makes it very different from most, and with a very gentle learning curve the game is easy to get into and enjoy for hours at a time. The story is interesting and links the levels together well, although at times some do feel like real filler levels to bulk out the game, however every stage is varied enough to keep you interested; be it through the layout or the means in which you declare victory.

Defenders of Ardania will be available March 14th for Windows, Xbox 360, Playstation 3 and iPad, and gives a definite spin on the tower defence genre.