After two years in the making, the remake of the award-winning Half-Life 2 mod; Dear Esther is set to arrive on PC in February.

Those unfamiliar with the mod may be interested to hear that Dear Esther abandons traditional gameplay for a purely story-driven experience, and the remake will fuse beautiful landscapes along with a break taking soundtrack to tell a powerful store of love, loss, guilt and redemption. 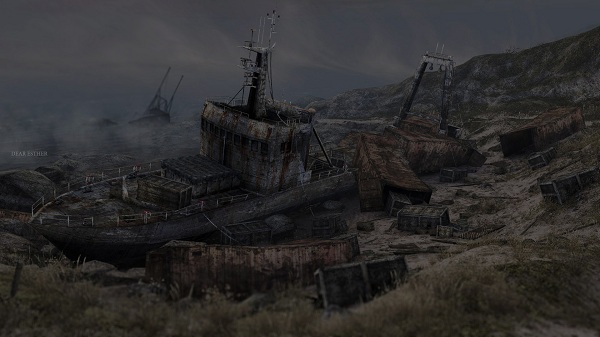 Originally launched as a Source mod in 2007, Dear Esther quickly gained a cult following and a number of international awards including Best World/Story at Indiecade 2009. With over 100,000 downloads the extroadinary success of the mod prompted creators thechineseroom to begin a collaboration with Mirror’s Edge artist Rob Briscoe on a commercial rebuild of the game powered by Valve’s Source Engine technology.

Backed by the Indie Fund, the remake has already garnered attention for its high standard of art and audio wrapped up in a narrative that is semi-randomised and abstract; poetic, deep and emotionally resonant.

Dear Esther will be available on Steam February 14th 2012 for $9.99 fantastic for a heart-breaking Valentine's Day, if you never got around to trying out the mod, now is your chance to experience this unique storytelling game the way it was intended.