Rising Star Games have announced that they will be publishing the infamous Xbox 360 title Deadly Premonition in PAL territories with an Autumn release, Deadly Premonitions was notably absent when Rising Star Games announced their Q4 line-up at the beginning of June, fans of the Horror genre will be pleased to know that they will be able to play the extremely curious title soon. 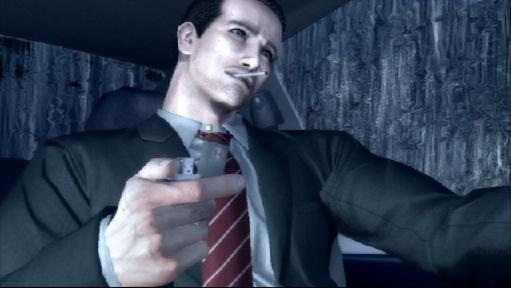 "Having seen how Deadly Premonition split reviewers' opinions in America, gamers are itching to get their hands on it to judge it for themselves," says Martin Defries, managing director, Rising Star Games. "We have high hopes for what can only be described as the most distinctive survival horror game that has ever been released - it's going to be interesting to see how the game is received over here. It's a cult classic in the making."

Deadly Premonition is a fairly controversial title that's score's have been all over the chart, with Destructoid most famously awarding the game 10/10 naming it as a "Judged as a piece of entertainment, as a game that consistently surprises and amazes and leaves jaws hanging, I have no choice but to say that Deadly Premonition goes above and beyond." Whereas IGN called it "Awful in nearly every way… Terrible controls. Terrible pacing. Terrible sound effects. Terrible visuals." with a 2/10. Thankfully Rising Star Games have deemed the title important enough to see what UK horror fans will make of the title.

Deadly Premonition is an open-world game set in Greenvale, a secluded town in North West America, playing as FBI Special Agent Francis York you will need to investigate the shocking, ritualistic and brutal murder of a local girl.

Deadly Premonition will be available this Autumn exclusively for the Xbox 360 for £24.99.