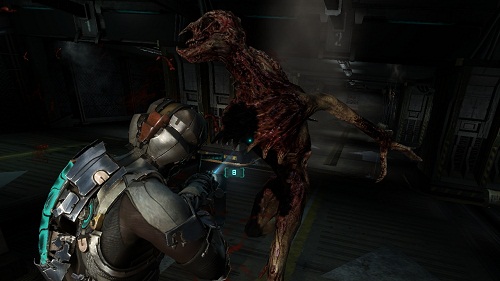 Whilst at Comic-Con 2010, Visceral Games and Electronic Arts have announced that two all-new products in the Dead Space franchise are in development.

“It is tremendously inspiring to see Dead Space continually expand to more media. It has always been our goal to experience the universe through multiple lenses and our vision is being realized. The Dead Space world is living, breathing, and terrifying. We couldn’t be more excited about these new offerings,” said Steve Papoutsis.

A new animated feature entitled Dead Space Aftermath centres on the Aegis VII disaster and explores how the Government send an unaware crew to become exposed to Marker shards as they try to secretly produce a viable ‘Marker blueprint’ carrier, again, like the previously made animated feature Dead Space Downfall, Aftermath is in development by Starz/Film Roman and will be available in January 2011.

A new Graphic Novel entitled Dead Space Salvage will tell the story of the Magpies who discover an abandoned mining ship the USG Ishimura, and it doesn’t take long for them to realise that they are in the middle of a living nightmare, with the Government racing to claim the Ishimura and the hoardes the necromorphs reanimating across the ship, the Magpies do not know what they have gotten themselves into. Featuring the unique visual style of Christopher Shy, Salvage is being published by IDW and will be available in December 2010.

In Dead Space 2, Isaac Clarke will battle his own dementia while fighting to save himself from the relentless necromorph onslaughts, having players fight bigger, scarier and more epic battles that will leave them on the edge of their seats. Dead Space 2 will be available January 28th 2011 on the Playstation 3, Xbox 360 and Windows.