I'm very happy to announce that Capcom have announced that they're now releasing two limited collector's editions in the UK for the release of Dead Rising 2 on October 1st.

Dead Rising 2 will be having an Outbreak Edition and a Zombrex Edition. The Outbreak Edition is a GAME exclusive in the UK and is currently priced with an RRP of £69.99, it contains the following items: 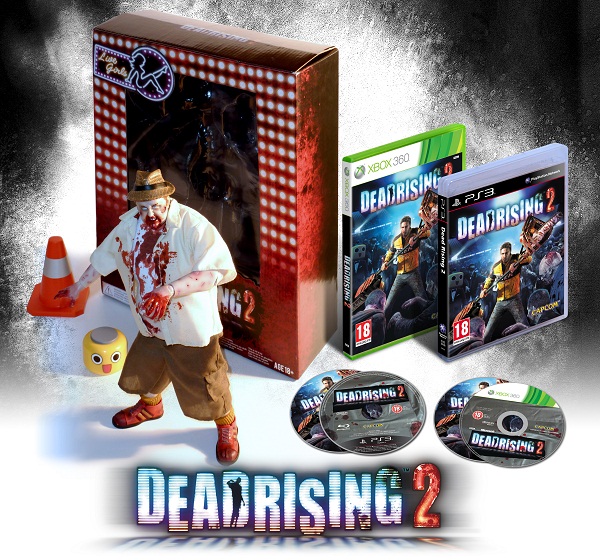 All the details on the specific DLC or contents of the making of DVD haven't been fully announced for the UK, although we're sure more details will arise soon. We would presume that the second disc in the image might be a making of DVD like in the Zombrex edition.

Then you've got the Zombrex Edition (UK edition) which is available in a variety of stores with an RRP of £59.99, it contains the following: 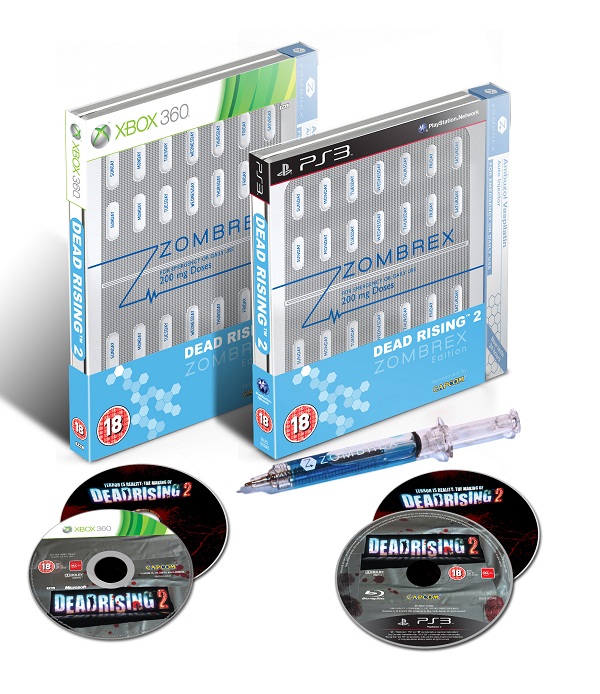 Sadly the UK edition is not as content heavy as the North American version which also includes Zombrex branded items which are a prescription notepad, safety card, prospectus and art book, making the team at Gamercast extremely jealous of the North American Zombrex Edition.

Dead Rising 2 is due out the 1st of October on PS3, Xbox 360 and Windows, (The PC version doesn't get a collector's edition) also don't forget if you need more zombies before then you can pick up Dead Rising 2: Case Zero on the 31st of August exclusively for the Xbox 360 for a mere 400 MS points.