So August 31st was the day that Capcom were releasing new Dead Rising game for the Xbox 360 in the form of a prologue, called Dead Rising 2: Case 0, set in-between the original and the upcoming Dead Rising 2 (released September 24th), filling in some of the gaps into how the protagonist Chuck Greene found his way to Fortune City.

The game starts you off with a variety of cutscenes introducing the story, I won't go into detail to make sure not to spoil anything, however I will warn you that the loading screens are quite long, which also seems to have been carried across into Dead Rising 2 as well, however when you can have over 7000 zombies on screen at once we can forgive the long loading times. As well a very noticeable increase in zombie numbers there is a much larger amount of detail on the zombie meshes, as well as improvements on animation and AI making them most probably the best example of Romero-esq zombies out there to date. 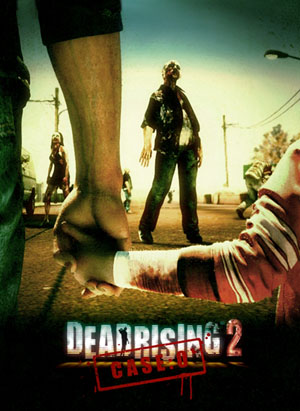 Unlike the original and upcoming sequel Case 0 is only set around a day, giving you the option to do what is needed before the time runs out, one occurrence that appears is giving your daughter Katey her much needed Zombrex, the new anti-zombie drug, get used to this as you may notice it happening in Dead Rising 2 as well.

Almost identical to the original you are still being given the choice to save survivors from the zombie hoard and the chance to take out those psychopaths, who of course are worse than the zombies themselves, showing humans as the worst monsters possible and of course the time constraints are still present.

A large improvement is the inclusion of multiple save games, you have the ability to have three active save files and a larger choice of places to save, making it great for if there's a certain achievement you want to waste some time on getting, without making your cases in the game suffer from it. Or if you want to see if you can try and save that last survivor with the time you have left.

The introduction of combining weapons really helps put a fresh aspect on the game, introduced to this new mechanic right at the start of the game, tempting you with a baseball bat and box of nails. Case 0 boasts combined weapons such as the Paddle Saw, Boomstick and the epic Electric Rake. Sadly in Case 0 the combining of weapons feels slightly gimmicky, however don't let this fool you, in Dead Rising 2 there are combinations on those items which made you wonder why you couldn't combine them with anything else. You of course have many weapons from the previous title and a whole host of new items to play around with, along with a return of the most spectacular Queen Bees.

Dead Rising 2: Case 0 gives you a snippet of what you should expect for Dead Rising 2, however I must say I'd feel a lot happier if Dead Rising 2 could be very close to this, as Case 0 is a small manageable chunk, and of course with a large game like Dead Rising or Dead Rising 2 you are given panic decisions and such large areas to traverse around that makes a very stressful game. This makes Case 0 the epitome of zombie slashers for those without enough time for Dead Rising 2 when it comes out, and one of the best Xbox Live Arcade titles out there. 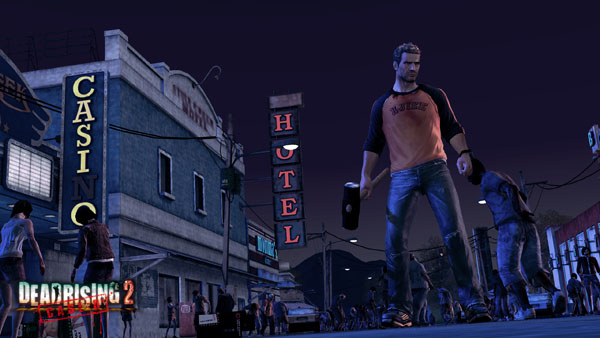 Dead Rising 2: Case 0 is now available exclusively for the Xbox 360 for a tiny 400 MS points, and once you've played it to death you can wait for Dead Rising 2's release on September 24th and don't forget to carry over your hard-earned PP and cash into Dead Rising 2.