Lovecraftian influence in games has never really reached the same level of recognition as your standard fantasy titles, however for hardcore horror gaming fans, we all know that a tip of the hat to HP Lovecraft never hurts.

A great example was Call of Cthulhu: Dark Corners of the Earth, that was perhaps one of the most terrifying, nerve wracking games that existed on the Microsoft Xbox, and although it’s sequels were shortly disbanded along with the company Headfirst Production’s liquidation, the spirit of Lovecraft fans lived on when a couple of years later saw the release of Darkness Within: In Pursuit of Loath Nolder.

Darkness Within was a new point and click horror game developed by a new company based in Istanbul, called Zoetrope Interactive, it lacked some of the usual horror aspects that you would expect from most games because it was created as a panoramic point and click, which many found deferred a lot of fear from the game, however Zoetrope Interactive are back with their second title Darkness Within 2: The Dark Lineage, that follows on from the original, but features a new and improved engine that brings the series to a first-person interactive point and click worthy of standing against any other horror title. 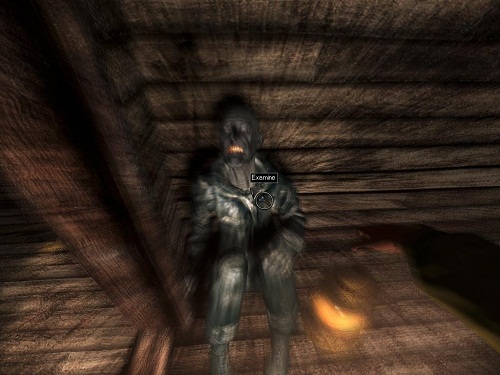 It is important to note that it is not necessary to have played the original Darkness Within, although obviously a sequel, Darkness Within 2 works fairly well as a stand-alone title, however if you are interested to see the complete overhaul that the developers did on their engine, it is very interesting to do so.

From the onset it is clear that, like a lot of adventure games, Darkness Within 2: The Dark Lineage does suffer somewhat from exposition diarrhoea, in regards to Howard’s situation, which can get a little frustrating at times when you are constantly being told what is happening in regards to Howard’s state of mind, however don’t let this make you think that the game’s writing suffers for this, in fact all of the written articles that you will find in the game, are very well written, and all hold a similar Lovecraft style of writing.

The game itself takes place over 4 days around the city of Wellsmouth, and is packed full of secrets, hidden locations, clues and Easter eggs for those that see themselves as a master detective, however all of these extra-curricular activities are not essential to the completion of the game, which is why the 3 difficulty levels that complement those that wish to simply experience the game, and those that wish to delve into the full mystery of Howard Loreid and his troubled family works very effectively. 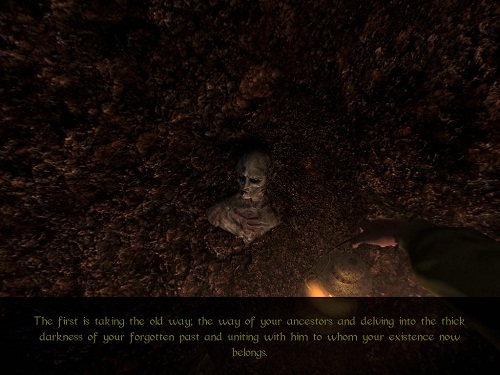 A great feature of Darkness Within 2: The Dark Lineage is its lighting design, which adds to the horror experience, the lighting — although not as sophisticated as that of Dead Space or Condemned — is very well accomplished, and at times shadows of mere objects will cast terrifying visages around you, the lighting is particularly memorable during a storm while you are at the Loreid mansion.

The sound design is perhaps what works best in creating the game’s atmosphere, although in some places it is not as effective, during most of the game you will find yourself getting spooked by doors creaking as they close, mysterious footsteps and strangled screams in the dark, the sound design -where it works- is extremely effective, and the atmospheric music that has been written for the title is spectacular. The best use of sound in the game is when you are in some caverns, where a puzzle requires you -in your hazed delirium- to listen out for Morse code calling you from the depths of a pit, so that you may find out a door code to progress you further into the mysteries of Howard’s ancestry.

The puzzles in the game range from mildly difficult to absolutely impossible, some require a decent amount of common sense, while others require you to pay absolute diligence to what the game is hinting you to do, in case you are reading this looking for hints, yes, everyone else got stuck at the elevator puzzle too. The clues system is also a very effective feature for an adventure game, however is not perhaps used as much as it could be.

Fans of H.P Lovecraft will love the small nods to the famous horror writer; two that stood out in particular were the prominence of the rats in the walls — possibly one of the best short stories ever written, as well as the great opening to The Haunter of the Dark. 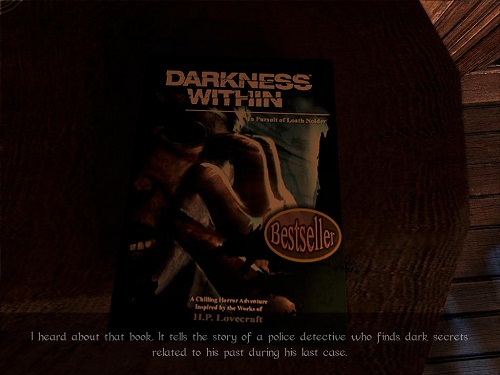 Darkness Within 2: The Dark Lineage is both a triumphant horror game, and an engaging adventure game, whether you wish to follow an interesting Lovecraftian story, or want to feel on edge it will satisfy your needs. A word of advice to those that pick up this terrific adventure game, do not even think of playing it in broad daylight, save it for the end of the day when the sun has gone down, and you are left in darkness, oh and wear a good pair of headphones so you can drown out your innocent daily life and draw yourself in to the madness of Howard Loreid.

The Darkness Within 2: The Dark Lineage is available now on Windows at all good retailers, for the RRP of £19.99.