Like all true science fiction horror Dark Matter starts with an aptly ship; the Endeavour, a ship with an key mission to travel out into the far reaches of space and investigate a strange anomaly, after research, scanning and probing the anomaly, the Endeavour reached out to it, and made contact with a greeting of peace, unfortunately the reply was not reciprocated, instead they were met with a blinding white light, followed by inordinate pain, within a short amount of time parasites had overrun the ship and the great AI's that helped run it could do little but watch the slaughter of the humans aboard before seeing no alternative but erase themselves.

There was no future for the lost souls of the Endeavour, until a solitary AI heard a single heartbeat as a cryopod cycled its inhabitant for a routine frost damage check, could the ship be returned to its state? After months of preparation the AI defrosted the Ensign as the only hope. 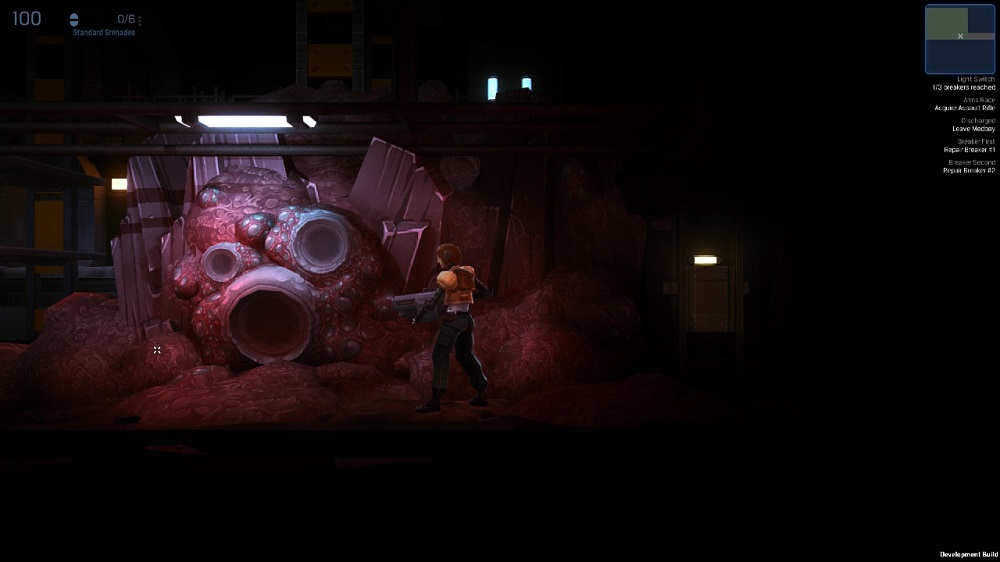 Sounds pretty intense right? Well in order to free yourself and the ship of its monstrosities you'll have to explore the expansive Endeavour in a 2.5d platforming environment that could best fall under the commonly known grouping of Metroidvania. Armed with a pistol it's you versus a LOT of unrelenting parasitic aliens through a surprising amount of corridors, ladders, ventilation shafts and everything that you would expect of an extremely large ship the likes of the USG Ishimura or the USM Auriga, in fact, take pieces from every science fiction film you've ever seen, and you'll probably find glints of them throughout Dark Matter, get ready for a large scale exploration on a truly huge ship!

The game itself is actually very enjoyable, the motion of going back and forth between areas as you try and figure your way around the ship may be a bit of an eye-opener for those that like their games spoon fed to them. As you traverse the ship you'll unlock more of an insight of what took place whilst you were in cryostasis, whilst having to fend off a lot of very annoying enemies with an arsenal of weapons that you will slowly unlock as you go; starting with a very basic pistol and working your way up to the ridiculously dangerous grenade launcher.

Unfortunately the enemies of the game leave a lot to be desired, light and darkness poses itself as a mechanic in that they gain power from the light and become agitated leaving you to walk the corridors of the Endeavour under the cloak of darkness, but it's never quite as sophisticated as you'd hope it would be, and practically all of the alien scavengers in the game just act like annoying little pests and whilst your light clearly does make a difference, it's not really enough of one to make you care. Outside of the light mechanic enemies are also fairly bland, you've got exploding units that will walk towards you, standard enemies that simply pounce at you, but return to their nest if you coax them too far away, and the few bosses you will encounter have such simple tactics that you end up feeling a little underwhelmed by it all. 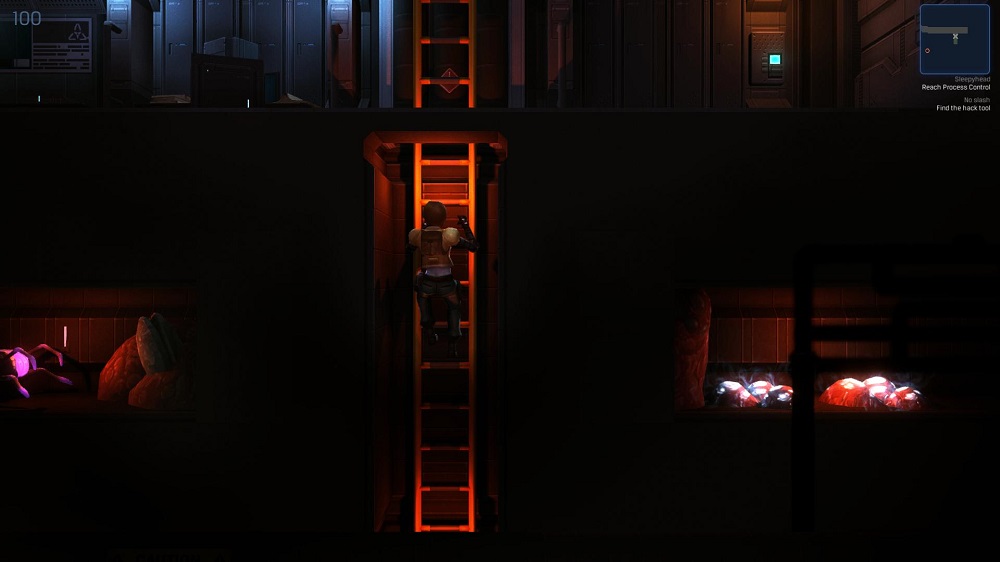 As far as atmospherics are concerned Dark Matter isn't the most impressive of survival horrors despite promising a lot, whilst light does play very important role you never find yourself cautiously walking through vast corridors and ventilation systems, because what you do encounter is particularly easy to take down, and therefore not very scary. They have certainly missed a trick, a lot of survival horrors are relying on their audio design to create a tantalising experience, and Dark Matter's dynamic soundtrack unfortunately did not tick any boxes.

With civilisation on the ship all but wiped out, your Ensign is not alone; rather than follow the more atmospherically scarier route of true isolation, your exploratory investigation of the ship will be carried out with the accompanied by a desperate AI who bore witness to the tragedy of your crew mates, he actually makes up the only spoken dialogue in the whole game. His memories of the events help to paint a haunting picture of exactly what took place, and settles a satisfying amount of anxiety in the back of your mind as you soldier on.

However, you may have already heard of Dark Matter for its alarming controversy as it hit both Steam and GOG recently as 'an unfinished game' now its quite obvious that some have taken the way the game ends a little over the top, however it is very important that you take into consideration that Dark Matter will feel somewhat incomplete, much like the unfortunate Hydrophobia you'll find you never encounter certain areas that you are hinted towards, you may not gain the powers you have seen or read about, and possibly most disappointing of all is you'll never encounter the horrors that you've been promised. 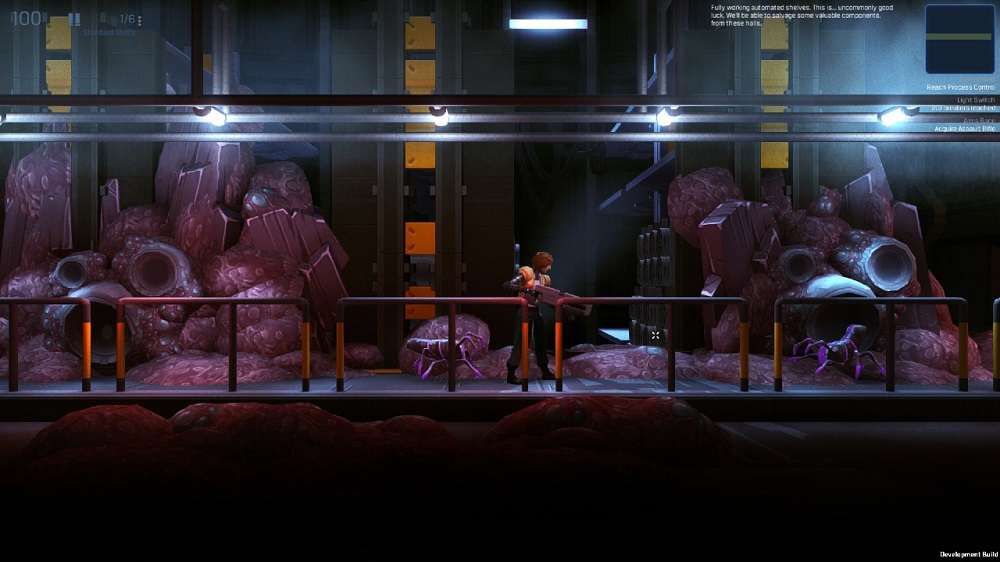 Dark Matter is an enjoyable if slightly average platformer with mediocre enemies, its saving grace is by far its offering to the addictive human nature of curiosity; you'll want to map every nook and cranny aboard the Endeavour which is all the more saddening that it simply isn't possible. It may not be a complete game, but the 7 hours I invested in it were engaging, and it's important to bear in mind that the game is looking to get a patch in the very near future to make the ending a bit easier to stomach.

One tiny setback right now with acquiring a copy of Dark Matter is it's going to be pretty difficult with the game now taken off of Steam and GOG.com for the reasons above, however if you are intrigued to sample the delights of Dark Matter you may be able to source a copy from your local or online retailer that stocks PC titles for the RRP of £9.99.