Kalypso have unveiled DARK, a third person stealth action game for Xbox 360 and Windows PC from the developers of Dungeons. In a futuristic cityscape players are put into the role of a vampire out to discover the secrets of the mysterious global corporation GeoForge, intrigued?

Using his vampiric skills; stealth and lethal combat will be at your disposal as you destroy your enemies whilst moving around in the stylised city as silently as possible. From the screenshots, RealmForge appear to be using similar cel-shaded graphics to the Darkness II, and with no good vampire games since Masquerade, it will be interesting to see if they can pull off a full stealth engine that stealthy fans have been waiting for. 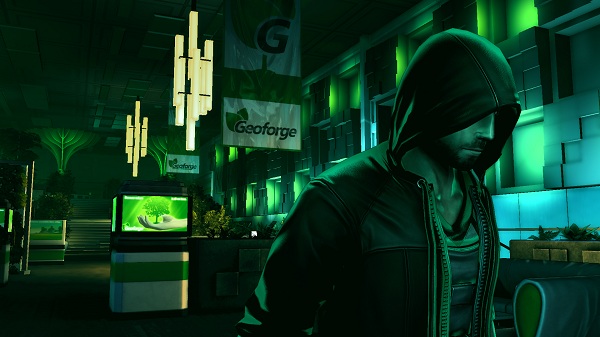 Everything these days like to include RPG elements, and DARK seems to be no different, and you will need to develop your vampire skills so that you remain invisible in the dark and shadowy world controlled by the all-seeing conglomerate.

With the ability to disappear in a puff of smoke, and look super cool battling such an omnipresent enemy, hopefully a little more info will trickle out before its release, and who knows maybe it will be available for a play at E3 so we can put its stealthing to the test! DARK is slated for a global release in early 2013 for Xbox 360 and Windows PC.