Welcome to Wrestle Zone, the home of Da New Guys that made their original debut on Newgrounds, and have finally made it to their own fully fledged adventure set around the crazy world of professional wrestling. After Da New Guys' worst fighter Brain manages to win the title belt he is mysteriously kidnapped, all fingers immediately point to their arch nemesis Smiley Joe a 10 year old that has thwarted them in past adventures, but a web of deceit and spandex will take you on a journey unlike any adventure title you'll have played before. 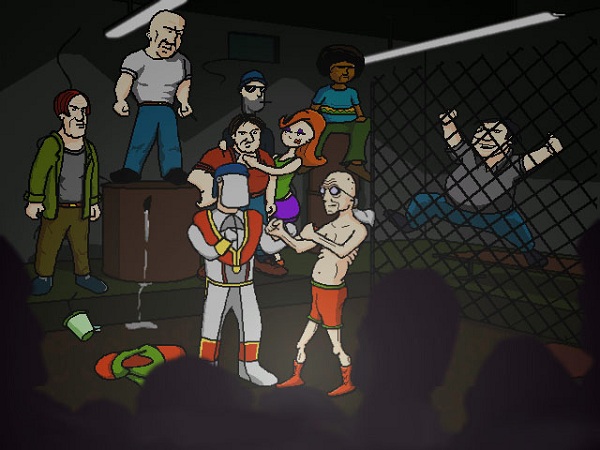 For the first half of the game you’ll play as The Defender; the more sensible of the group, alongside you’ll have Simon to help you when brute strength is required, through a sense of duty more than friendship, the two set out to save Brain from the clutches of the unknown, along the way you’ll unravel clues and solve puzzles to get to the bottom of the kidnapping, and possibly finish the game a little early.

For the second half of the game you’ll switch up to Simon and Brain, a slightly different experience when you’re used to the intelligence of The Defender; Brain isn't exactly playing with a full deck, and his ridiculous comments, childish attitude and voice are enough to grate on you after a short play, but there's something about playing as a character that has the mentality of a 7-year-old, he's definitely the Marmite of the game.

Made by a true Brit, some jokes may slip past those unaware, but you are not in danger of missing very much except for a maybe a reference to a defunct British pop group, this is not a British only game by any means, and the universal theme of ridiculous professional wrestling can be appreciated worldwide. The humour is witty and the dialogue is sharp, you'll find quite a few chuckles are to be had during the game, although often at the expense of a couple of rather dumb-witted characters; just remember drop and roll! 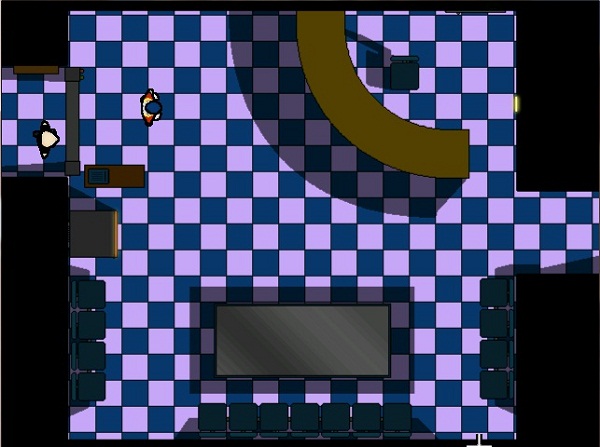 This is one truly indie point and click, and is practically a one man show starring Chris Burton and his various accents, be forewarned if you don’t like British accents you may feel a little uncomfortable with Da New Guys, fear not though, as there is a handy option to turn voices off; now why don’t all talkies give this feature?!

A nice touch to Da New Guys is that a lot of the combination puzzles make sense, everything correlates to common sense, and a lot are based around semi-educational points that everyone knows; such as placing a magnet on water to point North, or mints+cola=explosion, and it makes a nice difference compared to the hoards of other adventure games that are full of combinations that make sense but actually hold no bearing to the real world.

There aren't many verbal puzzles present in the game, so you wont be standing around convincing one of your wrestler friends why they shouldn't beat you to a pulp, to make up for it there are a few puzzles present that add a nice fresh touch, such as the stealthy sections or the laser maze puzzle which is both simple and effective, without a doubt Da New Guys: Day of the Jackass is point and click in every sense of the word. 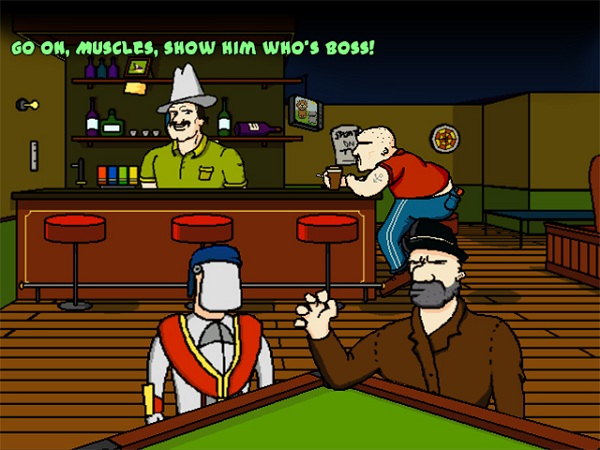 The most noticeable aspect of the game is its art style, that similar to Edna & Harvey is very much hand drawn, if you can get past the initial look of the game — I know a lot of people judge a game by its graphics- the animations are actually very well done, and the style adds to the overall charm and british-ness of the game. That is until you come face-to-face with a fantastically animated 3D chase segment, which makes you yearn for the full game in beautifully outlined 3D models, oh well, we can dream!

Da New Guys: Day of the Jackass delivers an enjoyable point and click in the literally unexplored territory of professional wrestling. With quirky characters, and a true british mentality mixed into a distinctly American world, it is like no other adventure game you have experienced before.

Da New Guys: Day of the Jackass is available now from Wadjet Eye Games for $9.99, if you want a ‘different’ point and click you should definitely give it a shot, as you’ll be hard-pressed finding another wrestling-based adventure game, and with a decent runtime for the price, you've no excuse to add it to your adventure playlist.

Additionally up until March 7th you'll be able to purchase the Limited CD version of the game for $19.99 which includes the game, soundtrack, trading cards and a 3D animated short starring Da New Guys.