It's the news Xbox One owners have all been waiting for! The absolutely stunning looking new adventure of Sherlock Holmes: Crimes and Punishments is now heading to the console!

Unfortunately we're not treated to a new trailer with this fantastic new news but there are some unseen screenshots on offer, featuring the famous Sherlock Holmes and Doctor Watson investigating some of the crime scenes from the 6 extraordinary cases you will be asked to solve. The only real question is, which console will you be buying the game for? 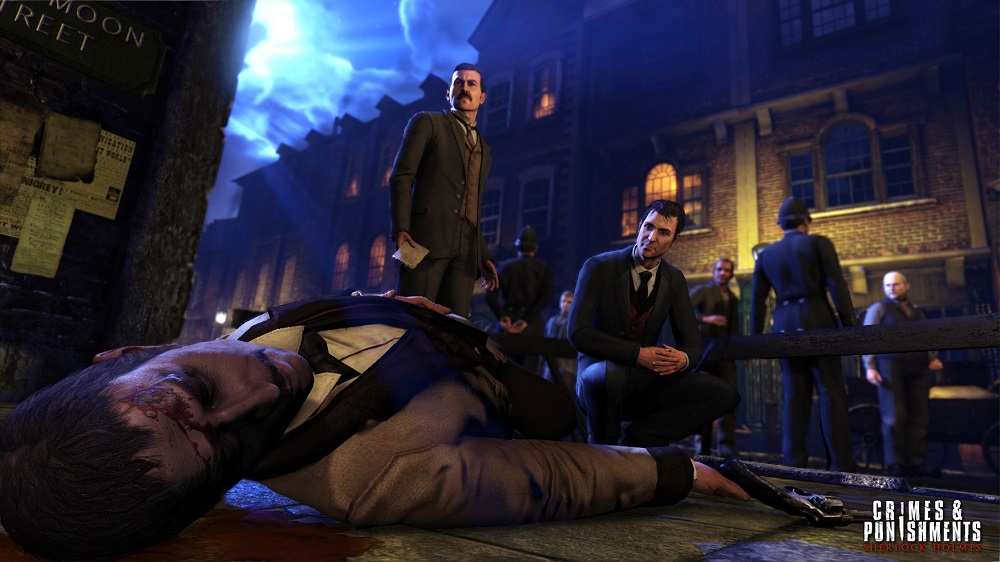 In Crimes and Punishments players will now have the chance to truly feel like they are Sherlock Holmes, which we have agreed with past games was just not the case, you'll be able to fully use Holmes' incredible talents and gifts that allow him to guess the details about an individual's life by simply glancing at them, reconstructing the past with a mere object and deducing a culprit from all of your investigations.

Crimes & Punishments is scheduled for a slightly later release of early September 2014 for Playstation 4, Xbox One, Playstation 3, Xbox 360 and Windows PC, I think I can wait that little bit longer though, what about you guys?