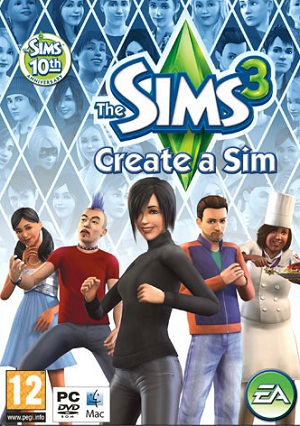 One of the smaller releases next week is EA’s Sims 3 Create-a-Sim, it does what it says on the tin. Similar to the Spore Creature Creator and the Create-a-Sim that was released before The Sims 2, in the pack you can create Sims to your hearts content.

You have as much freedom creating a character as you do in the full Sims 3 game, although offering no new hairstyles or clothes; this is purely a purchase for people that do not already own the Sims 3. However if you have more fun creating Sims than controlling their lives this is for you! The Create-a-Sim pack does simply allow you to create Sims that can then be uploaded to the Sims community where other players can download and use your creations.

Along with Create-a-Sim, EA have also produced Create a World, however this is still in beta stages, but can be downloaded from here for free which allows players to create their own worlds from scratch! This is a proper editor however, and may be slightly technical for some gamers.