It's almost the middle of November, and Compulsion Games have finally let us know the release date for Contrast across all platforms after teasing us since E3 with an enigmatic release date of "November".

Delivering the ambiance of film noir, and a tease of the burlesque on the backdrop of a brilliantly jazzy soundtrack, Contrast follows the story of Didi a young girl whose troubled background has created the imaginary friend of Dawn who you will traverse in and out of the shadow world creating a unique platforming mechanic. 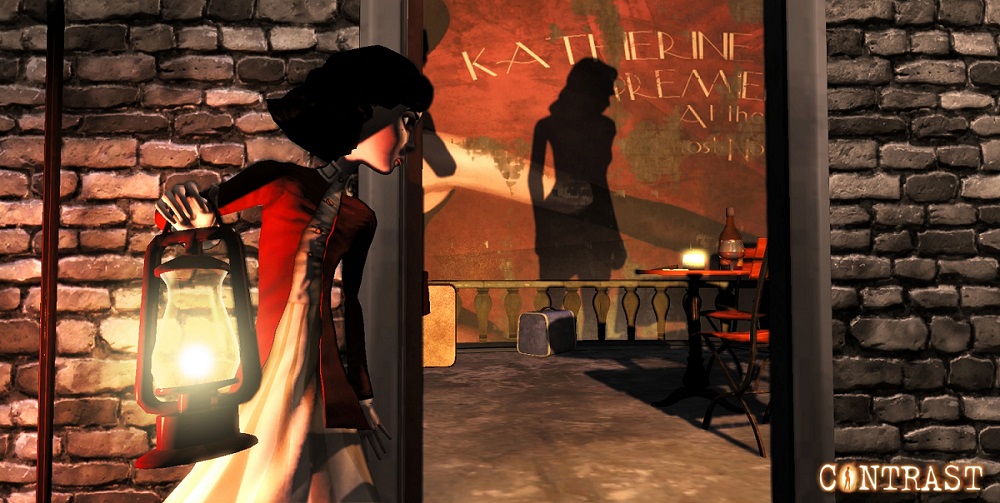 We always knew it was planning to be a launch title for PlayStation 4 and its officially coming out for the release of the console, and luckily for those not passing onto the next-generation just yet we don't have to wait long for the Xbox 360 and Windows versions of the game plus the PlayStation 3 version isn't far behind.