Cyanide Studios have taken a step away from Games Workshop and the Blood Bowl franchise and head to Rackham’s most popular wargame Confrontation, whilst it may not be as familiar to you as much as Warhammer, the game has been translated into five different languages and sold across 41 countries, and it has a LOT of fans.

The Age of Rag’narok is coming to the world of Aarklash, and it's up to you to lead the Griffin forces and take on the Alchemists of Dirz’s abominations as you chase their forces through the canyons of the Orcs and the Wolfen’s Woods. 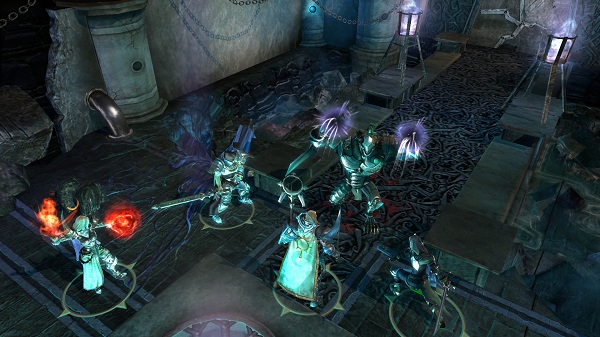 Confrontation is a mix of real time strategy and roleplaying, better yet, it is a proper tactical strategy; allowing you to pause mid-fight to reassess your tactics and queue up skills that will mean the difference between having your teammates taken down and finishing off your enemy. However you will not act in turns, instead all fights occur in real time, there aren't many similar games in the genre made these days, so it is refreshing to find a strategy role playing game that isn't simply a hack'n'slash in disguise.

Each character has a range of skills that they can enact during fights that range from buffs, offensive and support types allowing you to mix up your strengths and weaknesses amongst your teammates for the most effective squad. If however one of your squad falls in battle before you can heal them, you have the ability to revive them, extremely handy but renders one of your men inoperable until they have revived the fallen.

We got to experience the first couple of missions in the game and four of the twelve squad members controlling Darius; officer of the Griffin, Lanwys, Lothaine, and Zelia a Pyromancer! Together they need to locate the laboratory of the Scoprions that is the source of the Mecasyatis combat clones that are weighing down the war efforts. On your way you will encounter a number of Scorpion units from Biopists to the terrifying Dasyatis clones, leading to the final confrontation with Cyanide’s own creation the Mecasyatis. 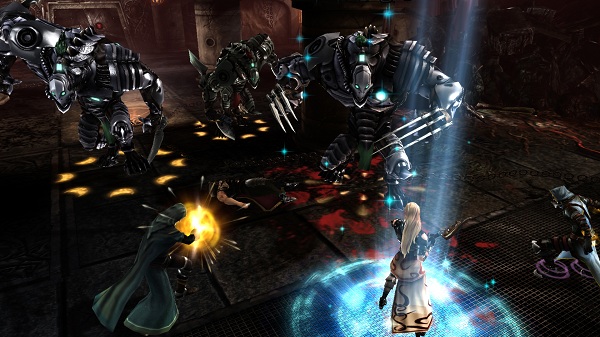 As a roleplaying game there is a customary levelling system that allows you to increase your squads stats in specific attributes, as well as increase their competence with certain skills. Each character also has its own tech tree that can improve their weapons and armour from items picked up in game, each tree has five branches which unexpectedly does not give characters specific skills. Instead, skills are predetermined and unlocked through levelling and not purchased.

So as you may gather, unfortunately the campaign is single race and you are only given control of the Griffin human faction, so you won’t be able to thwart the plans of the human race as the Jackals, Wolves or the Scorpions, however the game does offer multiplayer that allows you to take on the brutal Orcs of Bran-O-Kor and show the Griffin just what you are made of!

Confrontation is a true war games’ game and comes complete with an army painter and codex allowing to cater your online faction similar to the scheme you play in real life, unfortunately, much like the army painter that Relic Entertainment employ, you are limited, and with only 4 colours changeable you’ve not as much creative freedom as the true painters will want, but you do have the ability to change high/lowlights which is a small success. The codex gives you all of the information you may need from all the factions in the game, unfortunately this is not unlocked for you from the start, and in order to unlock the codex entries you will need to defeat your enemies and encounter your allies.

Confrontation is based on a franchise that is quite old, and some may dismiss the graphics in favour for a game based on such a loved licence, however others will not be impressed by the cartoony blizzard style models, it’s a love-hate situation, and if you simply want to play a comprehensive and well balanced tactical roleplaying game well look no further, than Confrontation! 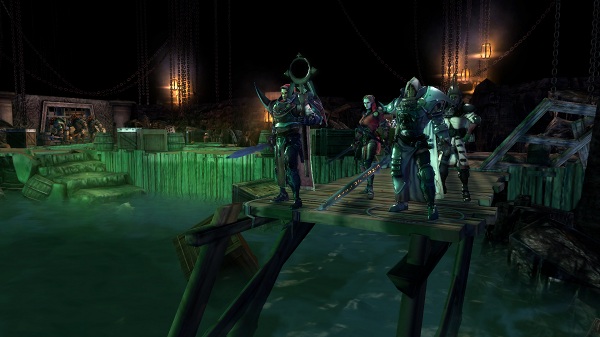 Confrontation plays very well without a doubt, and if you are familiar with the wargame then you will love what Cyanide have done with it; whilst of course also picking holes in minor changes they have made I am sure! Whilst those unfamiliar with the franchise may have trouble in finding an allure in a somewhat niche adaptation, you will only get lost in the lore for a short while; it doesn’t take long to acclimatise to the fantasy world of Aarklash.

Confrontation is shaping up to be a very exciting game for the fans of Rackham that are sick of Games Workshop’s IP dominating the wargame-to-videogame market, whilst also presenting a competent and enjoyable squad based strategy complete with a healthy dose of role playing.

Confrontation is scheduled for a release April 5th 2012, exclusively for Windows PC, the guys at Cyanide Studios have definitely now proven that they can make practically any genre of game.