Paradox Interactive and Nitro Games have announced information on two integral features of their new upcoming strategy title; Commander: Conquest of the Americas for E3.

Two integral systems will make up the upcoming strategy title Commander: Conquest of the Americas. A new innovative trading manager will allow players to create a powerful trading empire by maximizing your trading capabilities through the creation of automatic trade routes with multiple ports of call. The other new feature is an advisor system, that will guide players in the right direction, and also hold the player accountable that certain benchmarks are met. Allowing you to change your focus during a campaign. 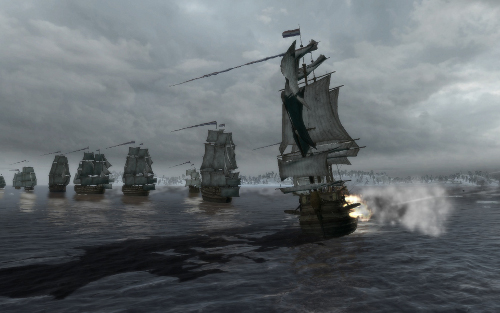 Commander: Conquest of the Americas features elements from both trading and strategy games. With the choice of 7 different European factions which you can control with the aim of conquering the New World. Found new colonies and manage their resources, production, military and more as they develop into full empires. Command ships in RTS or take direct control as you engage ships of an enemy nation, and occasionally pirates!

For more information on the title you can visit it’s official website, or Paradox interactive. Commander: Conquest of the Americas is set for release 30th July 2010 for Windows.