There's little more interesting and than the middle ages, a time where religion could make you go to war, succession was all over the place and the best way to ensure you inherited your land was to knock off your siblings with deadly plots, oh, well except for the 9th century where the real blood was split across Europe as the Norse Pagans raped, pillaged and looted anything within their grasp whilst missionaries attempted to spread the Christian faith, sounds like the perfect opportunity for some Crusader Kings!

The Old Gods marks the last pack in the first cycle of DLC for the great and grand strategy game, and with it comes some of the most content yet, most obvious is the extension to your dynasty's reign, the start date can now be pulled back from 1066 to 867 bolstering your playtime by an extra two hundred years; that's at least another four more successions in your family, although the weak constitution of Bjorgolf of Nordland saw the dynasty of Nordland pass through seven generations! Now just because the focus of the pack is the Pagan's doesn't necessarily mean you must play as one, it sort of defeats the object but with The Old Gods there are a wealth of Christians, or indeed Muslims, but we didn't come here to tell you how the standard game plays out, did we? 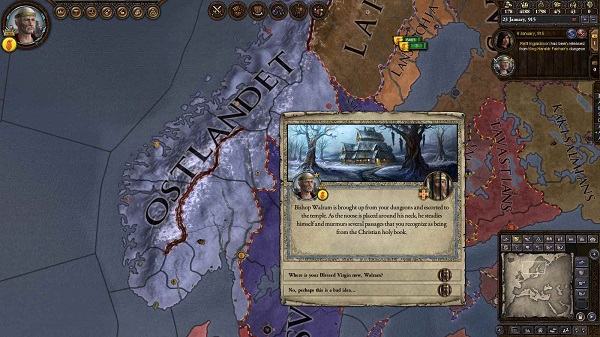 Similar to the Sword of Islam expansion, The Old Gods is a purposeful expansion adding new gameplay with a host of Pagan characters and actions that opens up new ways to play the game. For instance pagans are more tribal and can take up to three concubines, and any child born of a concubine counts as an heir so you've less danger of losing your line, but more at risk of multiple heirs knocking each other off!

Religion is handled quite differently in Old Gods, and the Pagan religions are driven by five different holy sites across Europe, if you happen to control any of them you can help shape and reform the religion similar to the way that republics work. If you want to go a bit mental on the Christians for trying to convert your people you can reform your religion so much as to declare Holy War! But beware because Christian and Muslims will always be on the edge of your provinces in the hope to convert your land to their ideals.

Now there are two different kinds of Pagan available to you; the aggressive kind like the Norse King Ivar the Boneless or defensive tribes such as the Slavic Pagans led by Rurik, whilst it may sound cool to be an overly aggressive Norseman, those such as Ivar will lose prestige if they are at peace for too long, so you'll have to be prepared to loot a lot of people and fight a lot of battles. 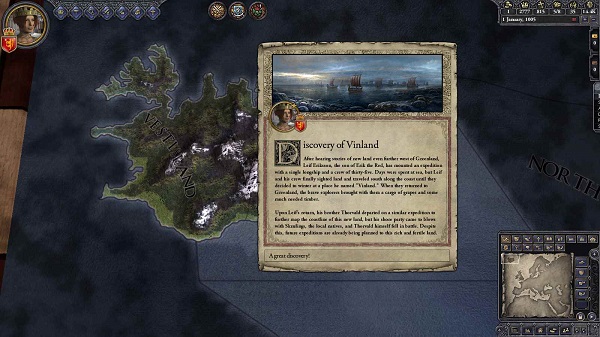 In fact this is one of the most interesting additions in the expansion, -if you're a bit of a bloodthirsty tyrant- the new looting system allows you to turn any unit into a looter and take on any other units or holdings on the coast that they come across for a good raiding and no declaration of war, only aggressive Pagan's such as the Norse and Tengri have access to this perk, however if you're a Norse character you can take your ships to far off lands, loot your enemy and bring home your spoils for bonus prestige!

So becoming a Pagan invader will allow you to basically secure your dynasty for centuries thanks to a ridiculously high Prestige? Perhaps, but that's not the reason that your units can bring home honour, because the Pagans can spend prestige to prepare a great invasion in the same vein as the great Danish invasion of Northumbria and Eastern England. Each character can only do it once in their lifetime, but if you manage to raise enough prestige you can prepare your invasion by calling your fellows to arms to increase your chances at a most successful and bloody invasion when you declare war, don't go making an embarrassment of yourself though!

The expansion will also see release alongside the free content patch 1.10 that features a brand new technology system to address the extended period of time your dynasty will reign, with new options and more interactions than ever before you'll pay heed to not fall behind the advances that the rest of the world will jump onto, but don't go thinking you can steam ahead of the times, Paradox Development Studio have got that covered! 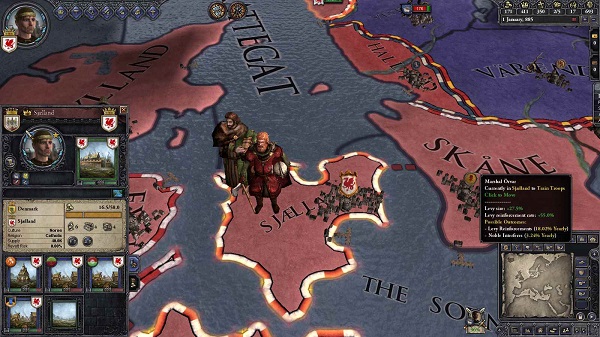 The Old Gods is by far the most plentiful expansion yet, expanding the time in which your dynasty can serve will add even more replayability onto the almost limitless sandbox strategy that is Crusader Kings II, unfortunately those that prefer to steer clear of war will have a difficult time stomaching the bloodthirsty palate of the Pagans, if you're like me, you only need to pick an inconspicuous count, get subjugated and do what your liege asks of you, and hopefully you'll get along happily ever after.

Crusader Kings II: Old Gods is scheduled for a release May 28th for Windows PC, if you don't own Crusader Kings II there's never better a time to get a copy and drink in the glorious game.