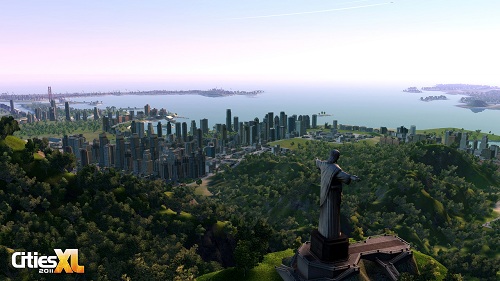 Cities XL 2011 is a revamp of the particularly confused Cities XL; a city-building sim that attempted online play for a monthly cost, needless to say it had certain features that were not well received by most, and it was viewed as an inadequate clone of Sim City, fast-forward a year and the release of Cities XL 2011 is around, with all the features that most players wanted in the original, and far more attention to the single player mode.

Cities XL 2011 has everything that that you want in a city building sim; with housing, commerce and industry to build or zone, alongside transportation, your usual city services, and attractive extras, however what is best about Cities XL 2011 is that not only can you build a comprehensive city that rolls in the money, but with the multitude of choice you get, you can also make an absolutely beautiful city.

You have four classes of population that you will cater to; Unskilled, Skilled, Executives and Elites, with your humble beginnings you will begin with simple Unskilled workers, however as your city grows you will unlock the other classes. Each class requires a type of housing, and each class will only work specific jobs, so if your city is full of food manufacturing plants you will find an unemployment crisis for Skilled workers, the same goes if you city is full of offices as your unskilled workers will have a hard time finding jobs.

The most interesting factor of Cities XL 2011 is that unlike Sim City, your city does not rely on you supplying them utilities, in Cities XL 2011 you are focusing more on the growth of your city. Sure, you can build electricity plants and water pumps, however these serve as more of a commodity that can be traded with neighbouring cities for a bit of extra money on the side. Gone are the days of fiddling with pipes to supply that house up in the corner of the city that just keeps complaining about its lack of water. 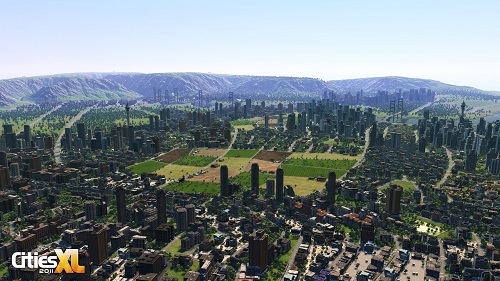 What is perhaps the best feature of Cities XL is the slightly hidden toggle option that allows you to switch between zoning, and individual building placement, meaning that you can choose exactly what sort of factories you want in an industrial district, or whether or not all of your elite housing will have their own swimming pools. This is a brilliant feature to the game, and something that many city building sim fans have wanted for absolute yonks.

One of the most impressive features of Cities XL 2011 is that you are able to zoom straight in on your city with such stunning detail that no other city building sim has ever achieved, however with the size that you city will grow you may find that the game does eat away at fairly impressive computer setups, this is about one of the only problems I can fault with this incredible game.

As you play Cities XL 2011 you will find that the satisfaction indicators are your best friend. These displays which you can choose to show on the map at any possible time, allow you to see how satisfied your population are with issues like leisure, health care and education. All of this information is shown to you a perfectly crafted base level that is simple to understand, it also works in real time, and will show how much the Basketball court you are about to place will improve the satisfaction of your citizens, overstepping the need to second-guess if your building placements will work to their fullest.

The game also functions really well as a large tutorial, if you play the game through naturally and unlock city services, different classes and higher density zones you will teach yourself the game, however if you wish to get deep into the game from the very beginning there is an option to unlock everything, there's even cheats for those that get in the red. Like most simulations whilst the game looks simple on face value it is far more complicated that it may seem, don't just pass it off. 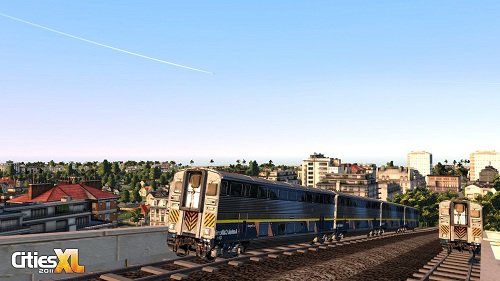 What you’re waiting to hear is whether or not Cities XL 2011 is better than the most successful city building sim; Sim City 4, however this is pointless as the two games are so completely different, and each game has its own individual strengths and weaknesses. In some senses Cities XL 2011 is a simpler version of Sim City 4, but in other respects it could be seen as more difficult. The Sim City series allowed your cities to grow through their own independence, however in Cities XL 2011 you are more in control of your city, and it is down to you to make it grow. Depending on your knowledge of city sims, you’ll either find yourself right at home, or a little in-over-your-head.

Cities Xl 2011 is an extremely well rounded city building sim, whilst some areas feel a little sketchy, and it is unfortunate that your city will not spontaneously grow without your helping hand. It is just important to remember that Cities XL 2011 is not Sim City 4 and it is not trying to be. The game is top notch, and has filled the void that we've all been feeling since the death of the Sim City brand in 2007 in Societies. If city-building sims are your personal drug, then you'll have one hell of a ride with Cities XL 2011.

Cities XL 2011 is available now via digital download on major distributable platforms for the SRP of £29.99. If you bought the original Cities XL off of Steam and were bitterly disappointed by the missing features the game had, you’re in luck, because you'll be able to purchase Cities XL 2011 with 50% off!