It all begins with a small town; you watch the world go by as the old 1930s bus trundles along dirt paths to reach the farms before taking everyone into the ‘big’ city to watch a game at the football stadium. Watch in wonder as your citizen’s clamber onto the bus at the stop on the outskirts of town, and wait patiently as it chugs its way for miles to the next stop at the stadium. 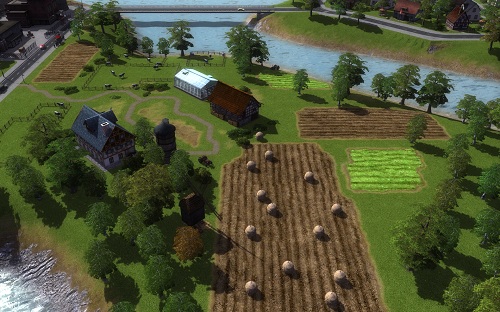 Unfortunately it’s not before long you will find that your humble transportation beginnings are lacking somewhat in the busy fast paced world that your city is growing into. To meet ever changing fashions you will have to keep an eye on which roads begin to produce the most traffic, and place more advanced forms of public transport such as metro lines. Those two bus stops will grow to two hundred, and don’t be surprised if the farms are replaced with bustling shopping centres and expensive apartment buildings for all the business men of the world.

Like all good intellectual games these days, Cities in Motion comes complete with a short and simple tutorial to get you up to speed with the requirements of being a good transportation king. Within a manner of minutes you will be up to speed with the various core mechanics of creating stops and transportation lines for buses, trams and the metro underground. You’ll also be shown all of the vital information screens that you will need to track throughout the game. You aren’t explained the use of waterbuses or helicopters, however these aren’t really necessary to play as you start out.

There is reason to worry however! As soon as you take your first steps out of the quaint and petite Tutorial Town you will be bombarded with the huge and daunting city of Berlin in the campaign mode, we’re not joking! Nothing will prepare you for the tremendous job of taking over a city as big as Berlin. Thankfully though your first scenario begins in the picturesque 1920s where public transportation relied on a bus or two, so you aren't thrown into the deep end.

If you prefer a bit of structure to your tycooning then Cities in Motion contains a campaign mode made up of 12 scenarios across Berlin, Vienna, Amsterdam and Helsinki, these scenarios will ask you to simply upgrade transport systems, link up prominent areas to each other and basically bring these countries up to speed with the latest transport innovations as you cover from 1920 up to the present day. 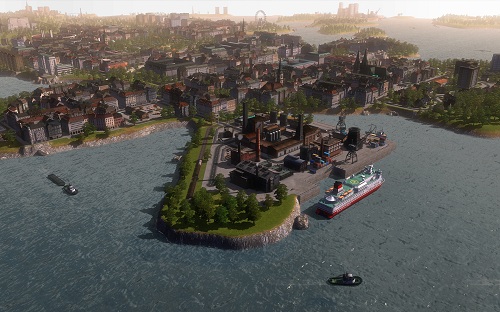 Cities in Motion also comes with the most important sandbox mode that allows you to start a from the pre-sets or your own personally created cities. With the choice of starting your game from any year ranging from 1920 up to 2020, you can also create your own custom difficulty which is determined by the money you start off with, the number of different banks you will be able to loan from, and the returns you receive on demolition work. In order to stop you from running out of things to do, the computer will occasionally give you missions to accomplish if you are interested.

Possibly the best feature of Cities in Motion is its fantastic map editor that allows you to create your dream city, or maybe even the city that you live in. You've hundreds of different objects to place with a variety of buildings, trees, and even different sorts of earth it is probably one of the most comprehensive editors in a simulation game. With the option for your map to start from 1920-2020 you’ve got a wealth of years to enjoy your city, unfortunately your own-made cities will not grow through the years like the cities in the campaign do, so make sure your city is perfect before you start playing, there’s no going back!

One great feature of Cities in Motion is that it teaches you to be a fully fledged stalker, well it doesn’t really, but with the information tool you are able to find out exactly what each and every citizen of your immense populace is doing. With a neat little portrait full of information and pointers regarding their departure and intended destination you can even track them through the character profiles and watch them go about their daily business. You may even feel that it is your personal goal to ensure that a particular pensioner —let’s call her Brenda- gets to the market everyday without a wait for a bus, and Cities in Motion is fantastic because you can actually do that.

Much like the recent Cities XL, Cities in Motion has a similar achievement system that rewards the player for reaching certain goals, such as ferrying 10,000 passengers with your transportation system, setting up as many lines that cover as much of your city as possible. Whilst the achievements will not grab anyone they are a pretty nifty way of extending your play value, not to mention getting you try out a few things in your city that you might have otherwise not dabbled in. 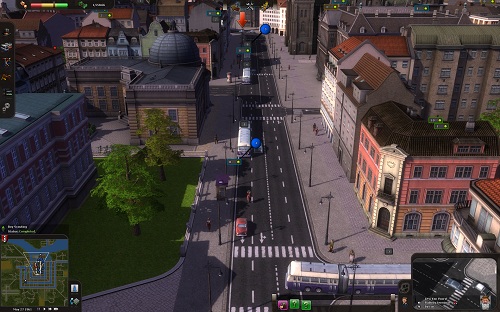 Everything in Cities in Motion is bright and colourful, each building is beautifully modelled, and the level of intricacy is superb as you watch an old pensioner nimble towards a market stall with their walking stick, or simply track your buses as they pick up each passenger. Cities in Motion is not just about its substance, because it is absolutely chock-a-block full of style, it’s just a damn shame that you are limited to how far you can zoom out of your cities.

It is the mark of a good simulator or tycoon if you can get lost playing it for hours upon end, and Cities in Motion will get you hooked! With such a simple concept and brilliant transportation manipulation you will not be content until each citizen that uses your public transport has a smile on their face.

Cities in Motion is a fantastic transport tycoon to rival that of the greats; Transport Tycoon or Traffic Giant, with a wonderful map editor that allows you to create your very own cities. With the wealth of a campaign you will undoubtedly get you hooked on running your own transportation company, and to top it off it all looks so beautiful you won’t want to play anything else!

Cities in Motion is available February 22nd from all good online and retail stockists for the super low SRP of £14.99, its a brilliant game, especially at such a low price, if you are into Simulators and transport tycoons, or even city building tycoons, don't even hesitate.

Even better yet, a demo has been released for Cities in Motion so give it a play.