Excalibur Publishing’s first in-house game Circus World has reached its final stage of testing and is almost ready for release, shortly allowing players to take over a dilapidated circus and transform it into a premier world class attraction!

No expense has been spared in Excalibur’s recreation of running a circus, you’ll need to keep an eye on your performers and fire those that just aren’t cutting it, and pick and choose the all-important sideshows to rake in the money of hopeless visitors, wander around your own circus, adjust ticket prices and the amount of food extortion, after all if you're too generous then you may need to take out a dreaded bank loan. 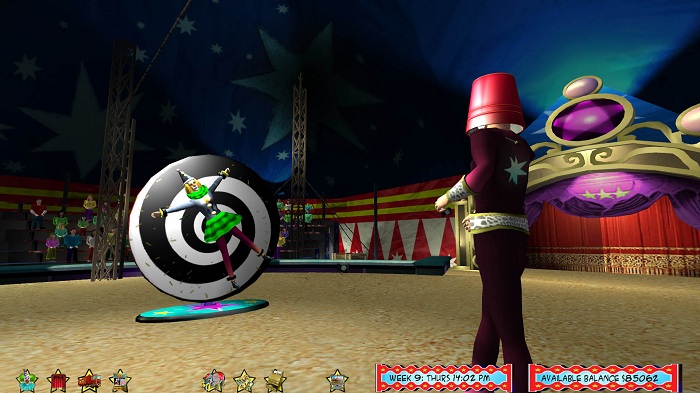 Featuring over 30 types of performers and the ability to explore in first person, Circus World sounds very much like the circus themed equivalent of Zoo Tycoon and Theme Park, just with more clowns and less dinosaurs and rollercoasters. Circus World is scheduled for a release late September 2012.