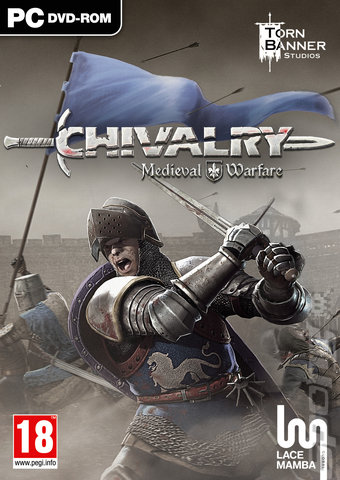 Chivalry: Medieval Warface couldn't really have been released at a worse time, with Mount and Blade's community unwavering, and the phenomenal War of the Roses having a release at the start of October gamers are pretty sated with the opportunities available to them when it comes to medieval combat, however it is important to not simply disregard Chivalry, as there is like no other game out there set in the good old Middle Ages with all the gratification you would expect of an ex-Half Life mod!

As a predominantly online affair, Chivalry does not simply throw you into combat, after all that wouldn't end very well, because conflict on the battlefield can be swift and brutal! However to prepare you for battle you can get up to scratch with a little basic combat training, some pointers on the different classes and how to use siege weaponry as well as a little npc combat to get you used to the play style of the game, although much like a good FPS, it doesn't take much before you're ready to spill the blood of your enemies. 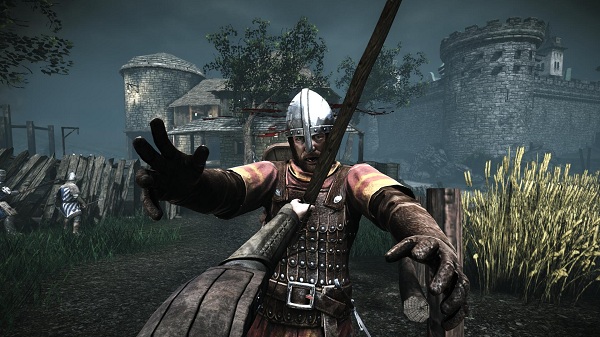 The reason Chivalry is so easy to get used to is it is simplified in the most satisfying way, most classes have three standard attacks; slash, overhead and stab all effective against particular classes, stances or timings. Most attacks can be blocked, and then blocks can be broken with a swift kick! Then of course if you wish to delve deeper into the combat you can master the finesse of timed combos, and feint attacks to entice your opponents to come at you.

With four modest classes at your disposal you can take up arms as a fast-paced Archer, a slow, but powerful Knight, the only class with access to pole arms; the Vanguard or the Man-at-Arms whose versatility allows them both speed and strength on the field. Unfortunately for those that like a bit of range, the Archers do feel quite clunky compared to the melee based classes, and it is difficult to build a suitable encampment, but in all fairness why would you want to sit around on the top of a hill when you can enjoy the satisfying hulking power of a two handed sword swung at your enemy, or experience firsthand the devastating range a pole arm can offer.

What makes Chivalry so enjoyable is it is so simple, and we really cannot declare this enough, if there were a comparison to draw, War of the Roses would be Call of Duty; with so many different load outs and classes to use, and Chivalry would be Counterstrike; fast paced, easy to learn, and very satisfying. 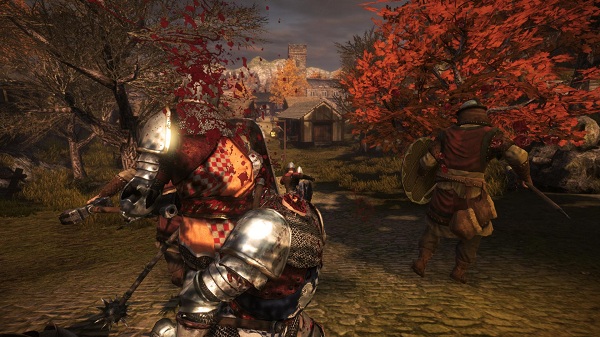 Whilst Chilvary is not the deepest combat game on the PC, you can still better yourself and your load out with a variety of unlock-able weapons if you can fulfill your kill quotas with all of the different classes. Then of course in Chivalry you are not simply limited to weapons that you can hold, and every class also has the ability to control a variety of siege weaponry; the true tanks of the Dark Ages. Most siege equipment is limited to certain objectives such as Petards and Battering Rams, however you'll find encampments on certain maps with Ballistas and Catapults for more substantial destruction.

As an online only game, Chivalry has an abundance of game types including the most obvious Team Deathmatch, Capture the Flag, King of the Hill, even a Free-for-all, however most enjoyable of them all is Team Objective that invites you to attack or defend in a massive battle, you may be tasked with defending royalty, taking siege on a castle, keeping a village from being torched alight, or simply prevent the destruction of important battle points like signal fires or siege weaponry.

The Team Objectives are the biggest draw to the game and whether you are defending the king or torching houses you really feel like a gritty knight of the middle ages, and if anything the developers could have simply supplied Team Objective as the only game type and you'd be just as satisfied, after all, there aren't many games that allow you to torch a poor village, or slaughter filthy peasants. 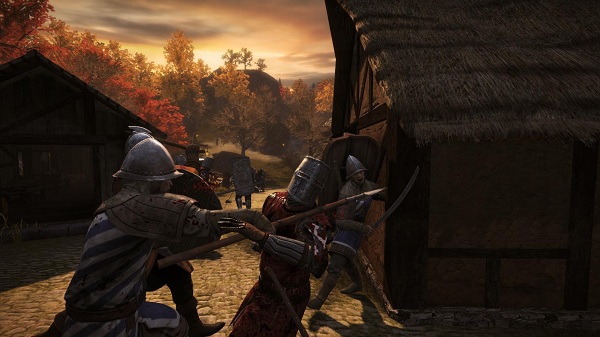 Whilst there are only six maps available at the moment; dark forests, desert cities, castles and rocky cliffs, each is unique and absolutely huge, so rotation is not so monotonous, however certain maps are available only to specific game types, so if you are a fan of torching villages you won't have too much variety.

War of the Roses was satisfying for the intense brutality it allowed players to enact, however Chivalry makes it look like My Little Pony thanks to its dismembering system, which allows you to take the limbs of another player clean off with a well-timed strike, if you get it just right you can knock off a helmet, or even lop off a head for some truly gory combat, throw in a war cry afterwards and you'll have your opponents cowering in fear! Do you understand why we keep using the word satisfying now? Don't judge us though, after all, the men of the period would have acted no differently!

Chivalry is a fantastically brutal and engaging multiplayer experience, with such potential from their existing team objectives and vast maps we cannot wait to see what the developers at Torn Banner have up their sleeve; they sure have taken the modest Age of Chivalry up and out of the ashes.

Chivalry is available now in all good stores and most major distribution channels for the SRP of £18.99, if you're looking for bloodthirsty combat and more importantly the besieging of castles enlist now!