Ubisoft and Sony Computer Entertainment have announced that Child of Eden will indeed be coming to the Playstation 3 as a true successor to Q? Entertainment’s Rez with an all-important date. 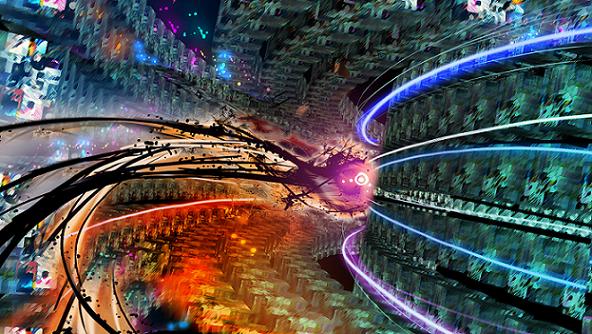 “We’re excited to be bringing the critically acclaimed Child of Eden experience to PS3,” said Geoffroy Sardin, EMEA vice president of sales and marketing, Ubisoft. “This is one of those special, rare games that belong in every gamer’s library, and the PlayStationÂ®Move integration coupled with the ability to play the game in 3D make for an even more unique experience on PlayStation 3.”

Child of Eden puts the player on a mission to save Project Lumi by reproducing a human personality inside of Eden; the archive of all human memories. The project is invaded by an unknown virus, and in true Mizoguchi fashion, it is up to you to sae Eden from the virus and restore hope and peace.

Brining stunning —literally awe-inspiring- graphics and innovative sound design, Child of Eden is the one game that is guaranteed to make you cry tears of astonishment, and with the addition of full stereoscopic 3D in the Playstation 3, it will bring the game that much closer to perfection.

Much like the Xbox 360 version that supported Kinect, Child of Eden for the Playstation 3 supports Playstation Move. Whilst Move is not required for play, it does add a full range of motion giving you control over how you play the game, and lets you hook up multiple controllers for added sensory effects.

Child of Eden will bring the Playstation Rez fans the sequel that they have been waiting 9 years for when it is released September 30th 2011.