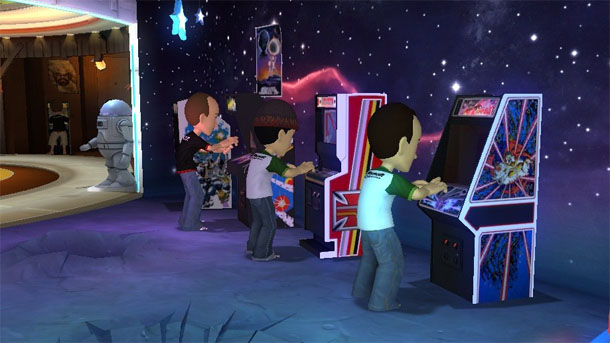 The arcade cabinets themselves will act like their original counterparts; you have the ability to modify the dip switches on original cabinets, as well as having the option to select from the tens of game modes that most Atari 2600 games had, and Intellivision games will occasionally require the ITV Numpad Interface and Overlay Cards that the original games required.

Your arcade is also fully customisable with the promise of weekly cabinet releases, the ability to unlock dÃ©cor and themes, as well as a host of game mascots and cabinets that can be purchased from the Game Room store, challenge your friends to beat your high scores and earn up to 1000 gamerscore and play your way to the top of the universal leaderboard, a video wall in your arcade will also showcase new upcoming arcade titles.

Examples of current arcade titles available to buy are;

Download the Game Room for free now on Xbox Live, as well as the first two game packs for free, which require to be downloaded before you start Game Room. Please note however in order to place arcade cabinets into your arcade you are required to buy the cabinets for 240 points each.