With games like Deus Ex and Hard Reset revitalising the dystopia of the cyberpunk genre of the late 80s the hardcore fans; myself included need more! Well just the other day, CD Projekt RED's Summer Conference announced a new game in development for the CD Projekt RED Studio that we get a lot of fans of the subgenre very excited.

The award-winning developers behind The Witcher 2: Assassins of the Kings are working on a new triple-A RPG based on the pen & paper Cyberpunk Universe.

With all the hallmarks of the Witcher series, this new step away from the fantasy universe will be designed for mature and demanding players that expect to be treated seriously, so expect a rich and detailed story that is most definitely non-linear, complex and gripping.

True to the nature of the RPG, players will be able to experience the world with their own unique characters chosen from the different range of classes that can be equipped with a vast choice of cybernetic implants and deadly weapons.

With classes such as hackers and mercenaries available, players will face the same morally ambiguous choices throughout the game as in the Witcher, with their actions influencing the world at large, and the fate of those they encounter.

With the original designer of the roleplaying game on board, at the conference Mike Pondsmith was at hand to confirm their participation in making the game live up to everything Cyberpunk fans would hope for.

Without a release date on the game just yet, or any platforms, what we do know is it will undoubtedly be DRM free, and full of free updates! We cannot wait to see the first light of this project, because we know that CD Projekt RED are going to knock everyone's socks off! 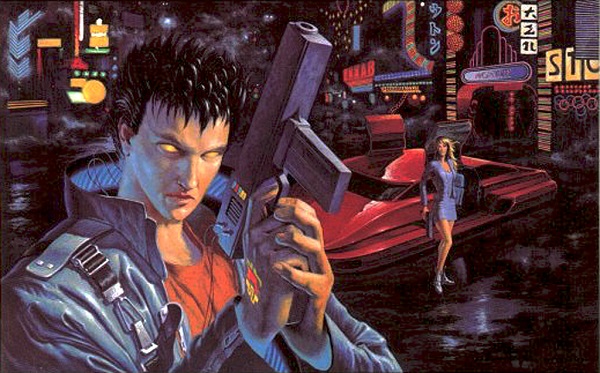