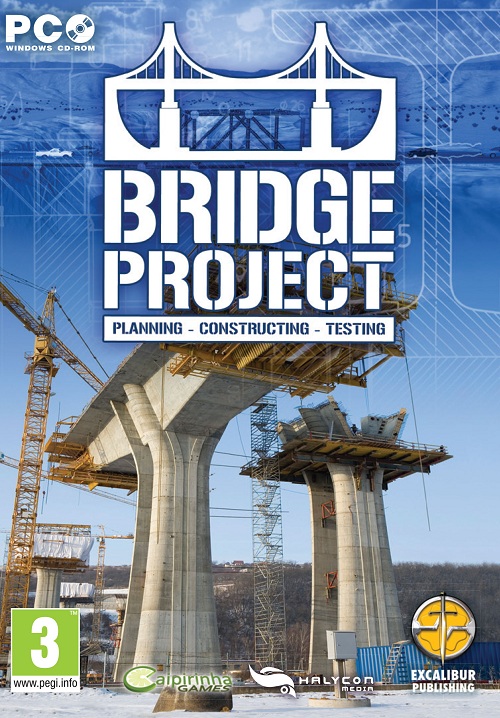 Everyone loves a bit of physics based gaming, well how’s about physics based engineering in a puzzle environment of sorts? The Bridge Project tasks you with assembling the sturdiest bridge possible with meagre resources, are you up to the task?

Your bridges can be constructed with a number of different materials, however in each level you’ll be supplied with a set amount of materials, however the basis of your bridges will be made of wood, steel or iron, alongside supplementary fortifications including all important suspension lines and cables, concrete foundations and hydraulic systems such as pistons so that your bridges can make way for boats passing through. 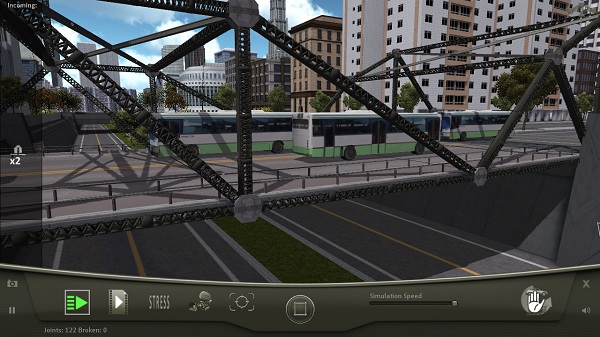 In The Bridge Project you aren’t simply constructing bridges for the hell of it, and the best way to test the integrity of a bridge is with passengers crossing it, so your bridges will be tried with a number of cars and large coaches, however the sturdiest of bridges can be trialed with trains, even massive tanks. You will even be tested in a few levels with natural disasters such as wind storms and earthquakes!

You’ll be constructing bridges across 48 different challenging maps that span across 4 different map styles; rural, cities, canyons and varied, whilst the environments do not make much difference, the 3D maps created are quaintly appeasing, plus no two levels are the same!

Like most physics based games, on occasion you will get unfair results where 1/5th of the time a piece of your bridge will react differently than before, this is worst with pistons that can be a real pain when your bridge returns to its usual position and one side does not flush with the other leading to pileups and many wet and unfortunate travellers. 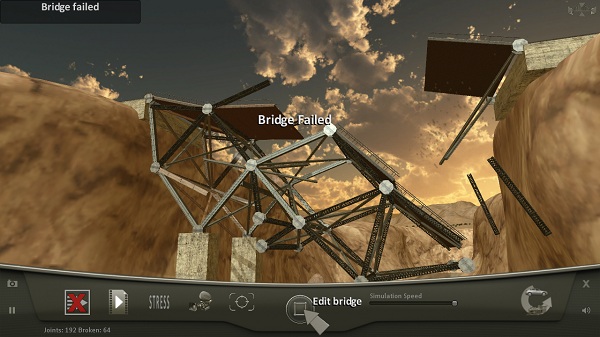 Physics based problems aside the one real issue that players will have with Bridge Project much like similar bridge building games is that you must have a strong comprehension of engineering, if not, you’re going to get lost pretty quick, and unfortunately with no way to check out the correct solution, you’ll end up scratching your head at some of the levels for hours. However if you live for engineering based conundrums, then you'll love the included expert mode that allows you to tweak your joins and placements manually

One fantastic feature of Bridge Project is the map editor; a very simple, user friendly level creator that allows the user to design bridge locations with all of the pre-existing assets in the game permitting you to create a tasking map for your arrogant engineering friends. Of course it also adds some longevity to the game once you come to terms with the fact that you are never going to manage to beat the high scores and make it to rank 1 in the world leaderboards. 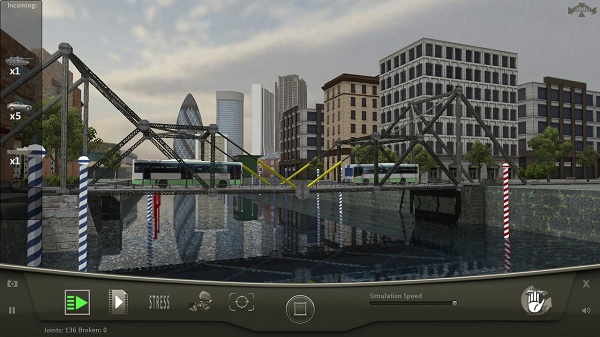 There’s already quite a few games on the market much like The Bridge Project, however I can’t say that I’ve previously encountered one with tanks and earthquakes! The beautifully rendered 3D environments add to the charm of this simple, but deadly complex puzzle game.