Iceberg Interactive have announced that they will be publishing Bracken Tor: The Time of Tooth and Claw to add to their extensive portfolio of horror games. From the Cornwall-based Shadow Tor Studios who are famous for their acclaimed horror title; Barrow Hill. Bracken Tor is essentially the adventures beyond Barrow Hill, embedded in English tradition and Cornish heritage and history, Bracken Tor will contain inventive puzzles alongside the important eerie atmosphere. Gamers will be returning to Barrow Hill to re-explore the dark and sinister places whilst venturing into uncharted territory of the ancient moorland. 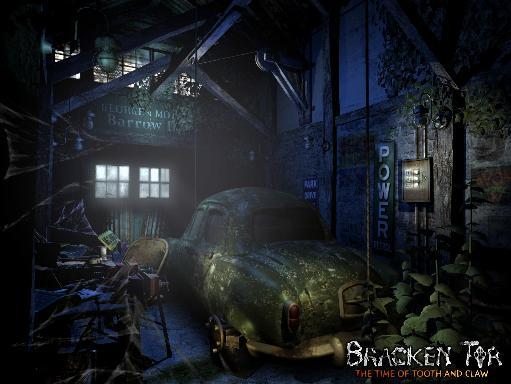 "I have heard many strange stories, while 3D mapping the landscape and recreating forgotten shrines. There are whisperings of mythical beasts, appearing out of the fog. What are these strange creatures? Visitations? The ghosts of long extinct creatures? Is an ancient feral world colliding with ours? There really are undiscovered treasures, and dangers, waiting for the gamer to experience. Venture onto Bracken Tor, pitch your tent, prepare for the dark, listen for the sounds and hope to survive the Time of Tooth and Claw", concludes Matt Clark.

Bracken Tor is expected for release Halloween 2010 in the UK with localised versions to follow for mainland Europe in 2011.