Focus Home Interactive and developers Spiders Studios have announced the release date for their rich RPG Bound by Flame that will see a release May 9th on Playstation 4, Xbox 360, Playstation 3 and Windows PC! Alongside this fantastic news they have released some new screenshots to show off what's in store for players. 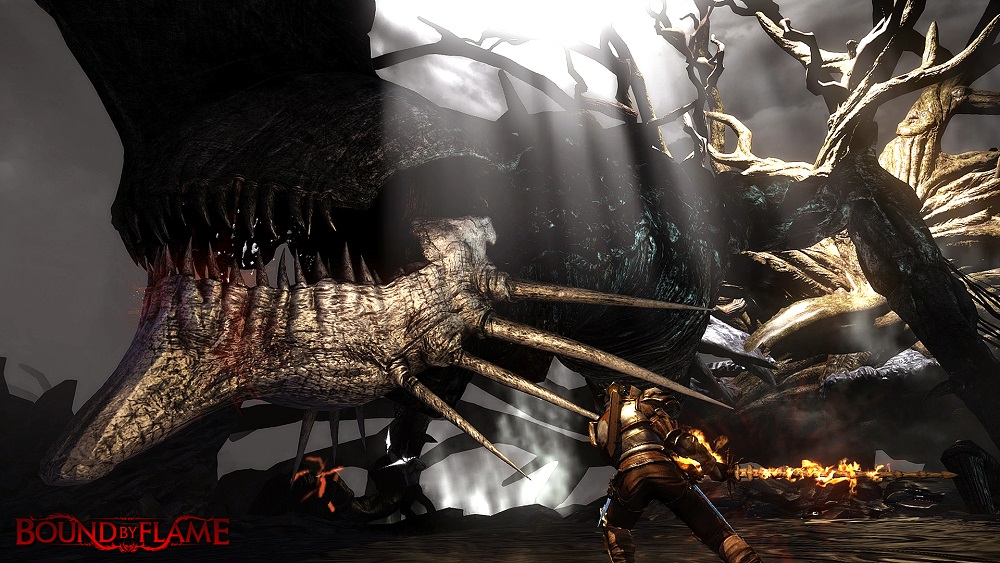 We've seen some of the types of creatures on offer in Bound by Flame's varied bestiary, these new screenshots show off a few more of the terrifying nasties you will have to face in spectacular real-time, tactical battles.

It is partly thanks to these stunning creatures that the strategic depth of the combat system exists in Bound by Flame, after all, each creature has its own specific attacks, skills and behaviour that will force the player to adapt their tactics and combat style depending on what they face. I just love this guy, looks a bit like swamp thing!

Bound by Flame is a dark and involving roleplaying game that puts you in the shoes of a mercenary possessed by a flame demon, throughout the game you will make the ultimate decision of openly accepting the Flame Demon at the advantage of their powerful fire spells, but at the cost of your humanity or opting to a more weak, human path.

Bound by Flame is scheduled for a release May 9th 2014 on Playstation 4, Playstation 3, Xbox 360 and Windows PC, expect to see a new trailer dedicated to the game's combat system in the coming weeks.