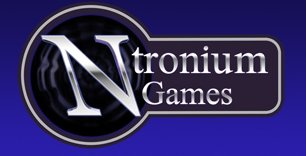 It's Friday, and the question on most gamers minds will be; what game to buy today. Rather than look to the new releases this week of which there were not many, perhaps those of you looking for a game to engage you over the weekend should turn to a recently released 4X space strategy that will get you hooked!

Our readers may recall our review of the engaging epic space opera 4X game Armada 2526, we have had the privilege of an exclusive interview with Ntronium Games’ founder Bob Smith, who with a small team made an extremely adventurous strategy title. The title Armada 2526 is the sequel to an early example of the space opera genre Armada 2525. Since Bob’s work on this title he has worked on numerous strategy titles, most notably the Total War series of games, for which he worked on for seven years from Shogun through to Medieval II.

Gamercast: For those of our readers unaware, what is Armada 2526?

Bob: Armada 2526 is in the grand tradition of space opera 4X games where you guide your chosen race from its first interstellar expansion to galactic domination. Most of the game is turn based, but the battles can be fought out in real time so you get the full visual effect.

GC: What makes it any different to other 4x space strategy titles? Why should our readers pick Armada 2526 over a title like Galactic Civilizations II?

B: Space strategy games have been drifting off into their own super specialized niche that emphasises micro management, oversized technology trees filled with incremental improvements, and winning by superior ship design, rather than strategy or tactics.

Armada 2526 is a reaction to this, sweeping aside a lot of economic micromanagement, making each technological improvement significant, focusing the gameplay on strategy, intelligence and manoeuvres, and allowing you to have fun building a huge space empire in a reasonable amount of time.

GC: We are really interested in Ntronium Games’ design philosophy, are these all traits that you have wanted to have in games for a while now?

B: I try to make games that reward players for focusing on the important tactical and strategic decisions, don't always give you perfect information, so that there is some room for flair and intuition, and that don't require too much micromanagement.

GC: What did you find the most challenging aspect during the development of Armada 2526 compared to your work on the Total War series?

B: It's a very different experience doing a project as a start up indie studio compared to working on the fifty strong team on TW. Working on TW is a bit like herding cats, you have a bunch of often very talented people all with a slightly different vision of how the game should be. Some parts turn out awesome, but it can be frustrating when people are pulling in different directions and features don't work well together, or there are obvious missed opportunities.

With Ntronium the vision is more singular, but the frustrations come from not having the resources to do everything you'd like to. Not to mention the difficulties of wearing the programmer, designer, art director, pr and business hats all at the same time.

GC: To elaborate on a few issues that we had with Armada 2526, we’d like to ask a few more in-depth questions in regards to some of the design choices of the title.
Why is the game constrained to hot-seat gaming as opposed to online multiplayer?

B: Well the truth is people overwhelmingly play strategy games in single player mode. If you're doing a big budget production with 20 man years of programming budget, then you can afford to have someone spend six months doing something that only a few percent of your customers will use. If your budget is rather more modest it makes no sense to spend a larger portion of it on something that 90 plus percent of your customers won't use.

GC: You chose race-specific traits and victory conditions, over many exclusive ships and technologies, what was your reasoning for this?

B: The idea comes from asking the question "what constitutes victory?", to which the answer depends on what your objectives are. So I defined the victory conditions for each race in terms of what they would consider doing well. This also helps you role-play each race and gives you credit for acting in character.

The game does include a fair number of race specific ships and variations too, but not race exclusive techs, as they imply that the laws of physics are different for each race.

GC: The real-time battles have the possibility of some really dynamic camera angles in mid-fight, why did you choose to use the top-down view as a default?

B: The game casts you as an admiral rather than a fighter pilot, and I wanted players to be able see the whole battle clearly unfold. The game lets you get close up with ship's eye views which look cool, but aren't really practical for controlling a complicated battle. They're great for when you're paused or just mopping up though!

GC: For a bit of variety we’d love if you could answer these questions as well, that have slightly more of a lighter-tone.

We loved getting deeply involved in the turn-based elements of Armada 2526, conquering the galaxy and discovering every planet we could find, what was your favourite aspect of Armada 2526?

B: I had a lot of fun selecting the music for the game. I enjoy working on the A.I. too, and while it's often frustrating, it's a good feeling when it does something unexpected, but smart.

GC: If you had an unlimited amount of development time and money would there have been any changes you would have made to Armada 2526, and what would it be?

B: Well it'd be easy to spend money on prettier graphics, better sound effects etc, but aside from that I'd like to have included internet multiplayer, and with a sufficient budget you could have a lot of fun making the aliens talk.

GC: Considering that Armada 2526 was the spiritual successor to Armada 2525, might we see an Armada 2527 in the future?

B: In the future maybe, but I have no immediate plans. 2527 needs to wait until either budget or technology allow 2526 to be significantly improved, or I have some really fresh ideas to take the genre forward.

GC: Do you have another title in the works?

B: Some ideas that are firming up, but nothing definite yet. Most likely the next project will be something historical.

We love to support small games companies at Gamercast, and for the team at Ntronium Games we wish them the very best for Armada 2526 and their next project in the works. Armada 2526 is available now for Windows, hopefully everyone will get just as hooked on the game as we did, as a 4X space opera game with a lot of heart, it’s one strategy title that we won’t forget anytime soon.