Focus Home Interactive have teamed up with HESAW to bring the darkly funny rail shooter Blue Estate to Xbox One and Playstation 4. Those that may find the name familiar, the game is based upon the Eisner Award-nominated Blue Estate comic series from Viktor Kalvachev. Players will take on the role of Tony Luciano, the homicidal maniac son of LA's crime boss Don Luciano, and Clarence, a broke ex-navy seal who has been hired to clean up Tony's mess.

Most intriguing of all is that Blue Estate has been designed from the ground up to use the accuracy and precision of Kinect, and the gyroscopic features of the Playstation 4 controller, which will allow players to enjoy all the dark humour and violence with a reportedly genuinely fun control system! 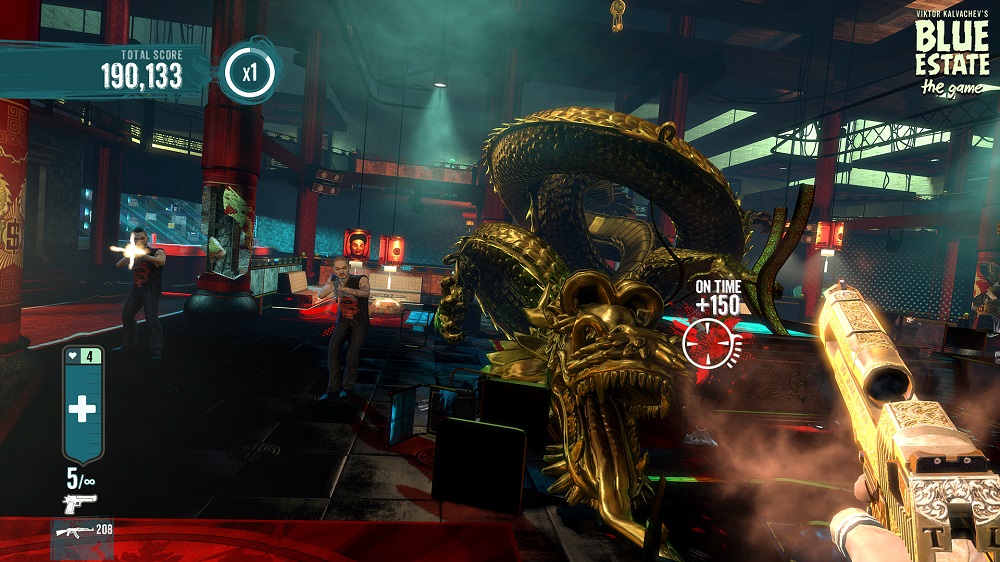 It's a very different game to say the least, and the fight for your life that you will enter will see you pitted against scar covered champions ready to fight you to their death, Tony's hair and a few Chihuahuas. Blue Estate also allows a second player to join in the explosive fun as they fight their way through the utter madness of the game.

There's not information on release dates yet, but expect to hear more news on Blue Estate in the coming months. Blue Estate will be coming to Xbox One and Playstation 4, making use of the unique control styles possible from both systems.