Welcome Sports fans to the wondrous.....nay.....LEGENDARY world of Blood Bowl, enter some of the finest stadia that Cyanide Studio and the Old world have to offer. Now before we kick off there is a whole new roster of teams that will line up this season so take a look.

The likes of the Halflings, Norse, High Elves, Ogres, Amazons and even several species of Undead bring this season's participants up to a mighty 20 races. Not only does the new season bring new teams but it also brings new stadia, and even new modes, most impressive of all being the new story mode, which is something a bit different to your usual Blood Bowl foray. 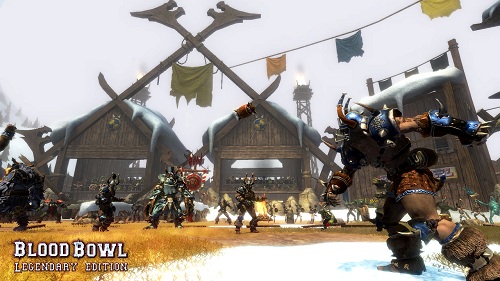 In story mode you assume the all important role of the coach, and will need to achieve set objectives throughout your time assisting various teams. Some of you less LEGENDARY coaches will be glad to know that the result of the match does not always matter and that achieving your objectives are key to progression, so if you find the terrible sport of Blood Bowl all a little too difficult do not fear! Missions will range from straightforward goals such as winning the first ever Blood Bowl match of the past to simple tasks such as making passes and throwing team mates in the present. No matter how easy a mission sounds you must never be fooled, Blood Bowl is a challenging sport, and nothing is ever as easy as it sounds -making a pass with a Halfling may sound simple, but have you seen how short and useless they are?

The campaign mode makes a return, which sees you play in a variety of different tournaments hosted by the various organisations in the Old World; from local tournaments to the Bloodwieser cup. This can be played in Classic mode -like the original board game- or Blitz mode, which is in complete real time like a sports title. Blitz mode is real easy to pick up if you are unfamiliar with the Living Rulebook of Classic mode, and a lot of fun, however if you love Blood Bowl for its deep roots in the Warhammer Fantasy board game then you'll be completely in your element with the Classic mode. Although if you are not accustomed to the thrilling sport of Blood Bowl fear not, there is a newly scripted tutorial that ensures that you will be up to speed with the bloodthirsty activity in no time. 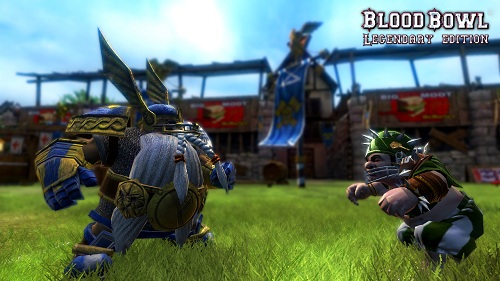 Legendary Edition really feels as though it has moved away from the previous Blood Bowl, and it appears far easier to now hurt, maim or even kill other players. Expect brutal games by the plenty; in my first match as the Amazons my team successfully killed 2 of the opposition and injured another 8; but then any team should know not to mess with the Amazons! Injuries in Blood Bowl Legendary Edition also carry across matches, and will affect your player's performances, thanks to a few shattered hips a few of my team mates have rather reduced movement, this feature is a great addition to the game and really makes you think twice before you go out onto the pitch recklessly with no regard for your team's safety.

With the huge option of 20 races you can imagine that each team will have its own advantages and disadvantages -unless of course you choose a Halfling team, by which point you are already screwed over by their lack of advantages. Some teams will have the bonus of cheaper players, some teams can throw and catch, some like the Skaven can run most of the field in one turn, and others like the Chaos are just really good blockers, thankfully there is no such thing as the perfect team, fortunately everyone has their weaknesses to keep their strengths in balance.

For budding coaches that have friends there is also online modes, in Blood Bowl Legendary Edition you can play via LAN or use GameCentre to participate in an online league. If you're super lucky to have physical friends that live nearby, you can share a computer and play via hotseat mode, taking turns on one PC, obviously playing to the classic rules. 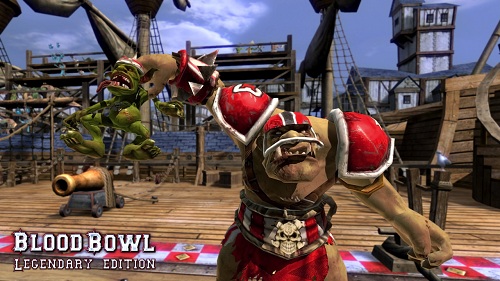 For those Blood Bowl fans that didn't buy the first game, what are you waiting for? Blood Bowl Legendary Edition has got practically all of the species of the table-top game -except for the Chaos Dwarves. As you may guess the matches can take a long time but to see your favourite team stomping the life out of your least favourite team is a great feeling. The only real problem with the game is that the commentary gets repetitive, however this is a pittance to put up with once you start developing your team through the Tournament mode or becoming Legendary in the story mode. For fans of Blood Bowl, Legendary Edition is a must buy.

Blood Bowl Legendary Edition is available now for Windows for the SRP of £39.99 however you will be able to find it in most stores for around £29.99, it's worth every penny, after all it's cheaper than the price of building your dream team.