Cyanide Studio and Focus Home Interactive are getting together once more to bring the bloody sport that is Blood Bowl, back onto our PC monitors! Now the original Blood Bowl did extremely well, but a lot of potential fans like myself got into a game, had the rules thrown at them and pretty much thought, what the hell am I doing? It's a lot like being given the rule book for a Games Workshop product for five minutes and then being asked to beat a competent player, this time round, Cyanide Studio hope to rectify that!

I know what some of you may be thinking, but don't expect just a few extra races, or just maybe a new game mode in Blood Bowl II, this is a complete reworking on the original built from the ground up, it's still very work in progress but we got to see exactly what they are aiming for; more realism, more sporty and more accessible, but don't worry hardcore players your game is still there. That said, Blood Bowl II will feature 8 different races to play the bloody sport with including the usual Humans, Orcs, Skaven, Dwarves, High Elves, Dark Elves and for the first time in Blood Bowl; Bretonians! 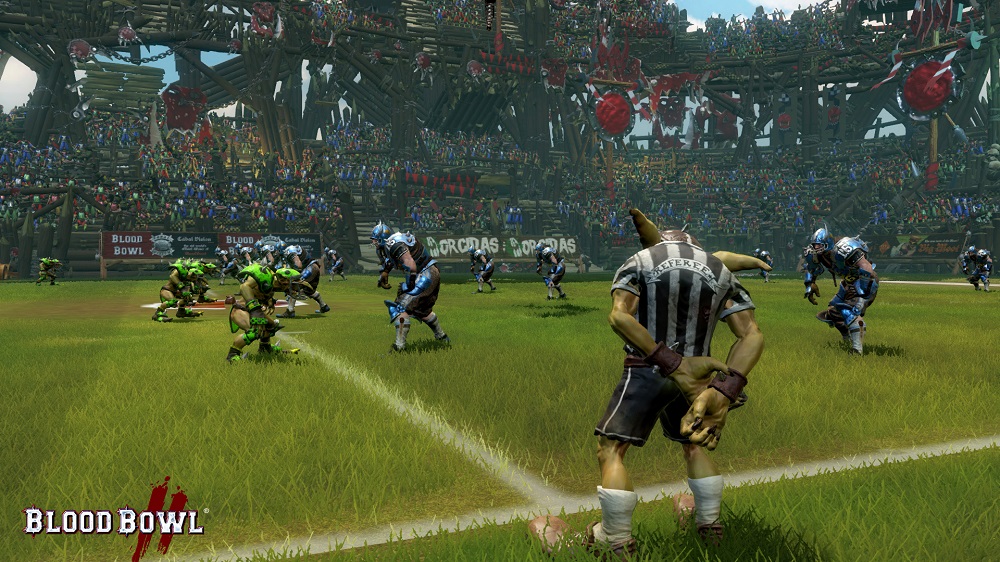 To make things a bit more transparent players are dealt with via cards, each card shows a players stats and special skills allowing them for easy trade outside of a match, but also allowing easy comparison when you're attempting to escape confrontation with the nasty hulking Orc in front of you on the field, as said before you needn't worry because the traditional game is still there, but in a way that's far more pleasing to the eye.

Once again, in the story campaign you take on the Reikland Reavers who have managed to fall from greatness after 20 years since the last Blood Bowl, will you be able to bring them back to greatness or are they still a bunch of losers? Well I guess that's down to your skills! The campaign itself is set to last around 15 or so hours so you'll get a good amount of structured play outside of management, online and standard matches.

If you've never even so much as seen Blood Bowl before, don't worry; players will be eased into the game as the rules are given to you in manageable chunks before you break out into the scary world of Blocks, Blitzs and taking down the whole team before they can get to their end zone! Better yet, each match is promised as unique, so technically you should never experience the same match twice. 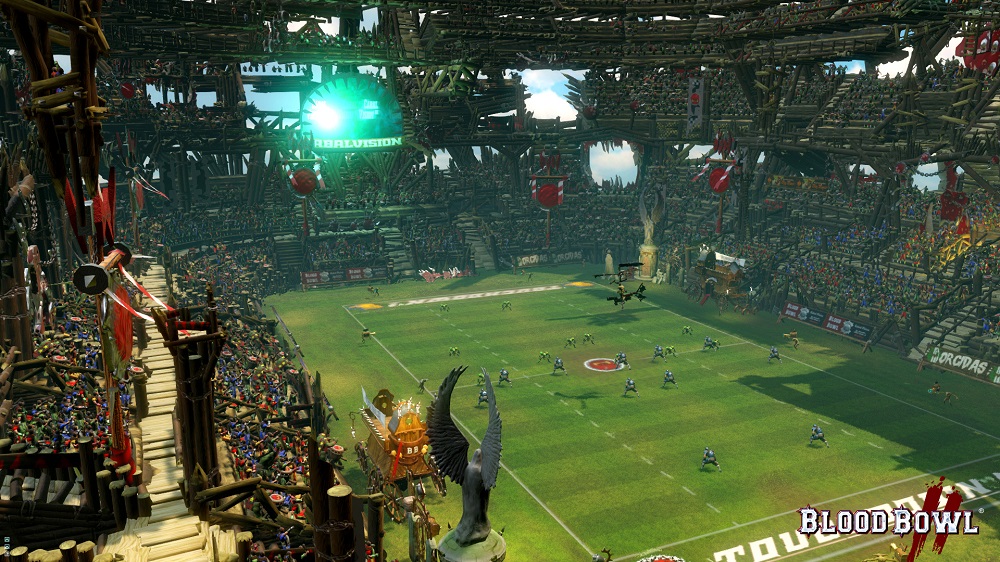 Of course its quite difficult to tell a story in a sports game, because, well it's a sports game, in Blood Bowl II Cyanide Studio are using their commentators Jim and Bob as a device to do exactly that; the two will be ever-present in their Cabalvision studio that takes a high spot in all stadiums where the will guide the player, comment on their decisions and interview key players throughout the campaign.

Blood Bowl II also aims to give more options for the management fans, this will include more stadium customisation and a lot more potential sponsors and objectives for your teams to work towards. Also new to Blood Bowl II is that nw the number of spectators at your matches will make a difference, so if you manage your stadium well you'll find a higher turn around in your seats, and more seats means more money!

If you're into online play Blood Bowl II will allow for more league customisation than ever before, including the addition of round robins, whatever you feel like, they hope to cater for you. Or perhaps you're more into solo play, well great news because the AI has been revamped so that you can play against far more complex teams, or simpler AI for when you're starting out. 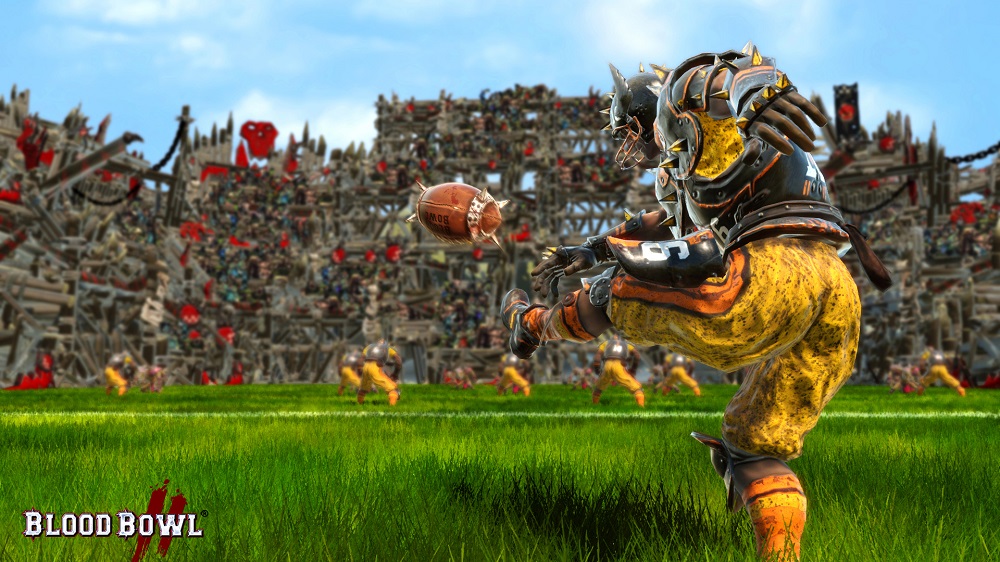 However one of the most promising features of Blood Bowl II is the ability to watch other games taking place, so whether you want to have a giggle as you watch your hopeless friend lose once more, or wish to pick up on tips from the best players in the league! Technically as a sports game the prospect of watching other players is an absolutely brilliant idea, especially as watching a tabletop game playout is one of the most fun aspects!

One of the best, but not particularly essential aspects that will make Blood Bowl II that bit more visually appealing is that the developers are aiming for a more cinematic feel, this means different camera perspectives to ensure that the game looks and feels more like a sports game, so cameras can zoom in close to the action, or stay far removed like a strategy game, making it fear easier to view the play field whichever way you feel most comfortable.

Hopefully Cyanide Studio will manage to sate the hardcore fans of Blood Bowl and the new, wannabe players of the game who have felt its introduction to them a bit too hostile, to be fair, I just can't wait to finally sink my teeth into the game when I can say that I fully understand what's going on, plus with the addition of streaming matches and a far more sports game feel, Blood Bowl II might not be shunted into the corner as much as Games Workshop treat it!