BlindGiRl2 is the third game from GLPeas and is the sequel to the awesome BlindGiRl. For those that don't remember BlindGiRl, she can only do three things; walk, sing and scream. To differentiate the three each one is a distinctive colour (red, green and blue), using these actions you must navigate your way around a series of levels, which you can only see by singing and listening to the noise that bounces off the walls and enemies. Players will need to be careful as footfalls and singing brings unwanted attention to the player.

In her second outing BlindGiRl is joined by a boy in a wheelchair. Both characters can find their way through the darkness by creating sound allowing players to work together by drawing enemies out of the other player’s path so they may pass certain obstacles.

With the addition of new surfaces underfoot, certain enemies now become part of the puzzle, not only will players need to trap enemies in certain stages, but they will have to harness the power of their scream to create a path through areas for the player. 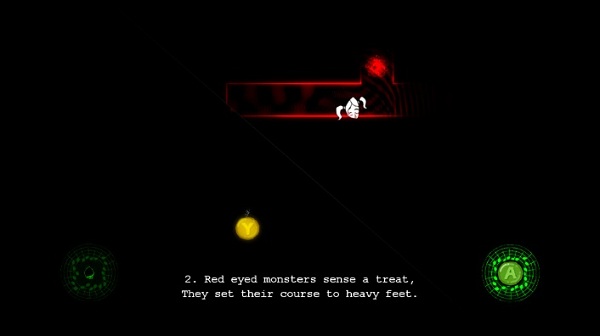 BlindGiRl begins the game with her full song available; as though you have played through the original, so the aim of the game is to teach her wheelchair-bound friend his own song and purpose. Whilst he seems very similar to BlindGiRl, his movement sound feels a lot narrower and more directed than BlindGiRl's tip-tapping feet.

What I really enjoyed with BlindGiRl2 is the puzzles are both challenging and fun, and the game really comes into its own when played with a second player as you both try to work out what to do and how to solve each puzzle, which truly utilises the cooperative play.

With two characters the game has a dynamic splitscreen which splits as players move further apart, allowing both to be on screen without having to zoom out to ridiculous lengths. When both characters move certain lengths apart a seam will form on the screen which is integral with solving later puzzles, as well as enforcing a sense of position in stages. 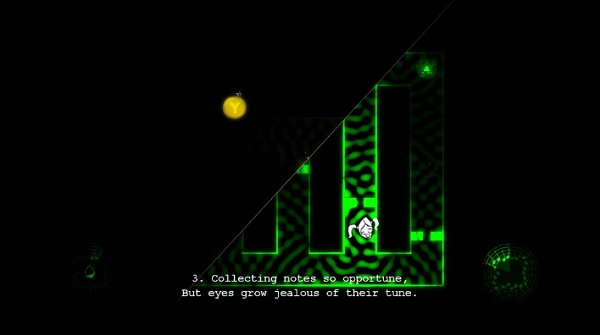 BlindGiRl2 is a beautifully simple game; it is a genuinely challenging and thought provoking cooperative game that is a great follow on from the original. For the enjoyment and challenges that BlindGiRl2 brings I give it.

If you played BlindGiRl or are just looking for something different, then at 80MSP then BlindGiRl2 is incredible value for money and is available now exclusively from the Xbox Indie Marketplace, hidden away in the Game Types of your Xbox 360. There is also a trial of the game available to download!