When we first set our eyes on Blackguards it was at E3 last year, it showed a lot of promise but in a hurried appointment you never really get the full extent of the game, so we were eager to play the dark and strategic turn-based RPG in our own time, and it did not disappoint.

In Blackguards you are an individual who may take on the form of a Warrior, Mage or Hunter who happens upon his very close friend Elanor in the forest, before your very eyes a wolf attacks and kills her, unfortunately when you are found with the body there is no wolf in sight, and you are instantly condemned to Neetha Prison. Thankfully mere bars cannot hold you back from discovering the innocence you are sure that you have, and on your journey you'll join up with more than a few fellow misunderstood undesirables, like Naurim the Dwarf and Zurbaran the powerful mage who are both locked up in Neetha prison with you, or Niam whose drug addictions led her to become a poacher, they're not your usual collection of heroes, but they ensure that Blackguards is not your run-of-the-mill fantasy RPG. 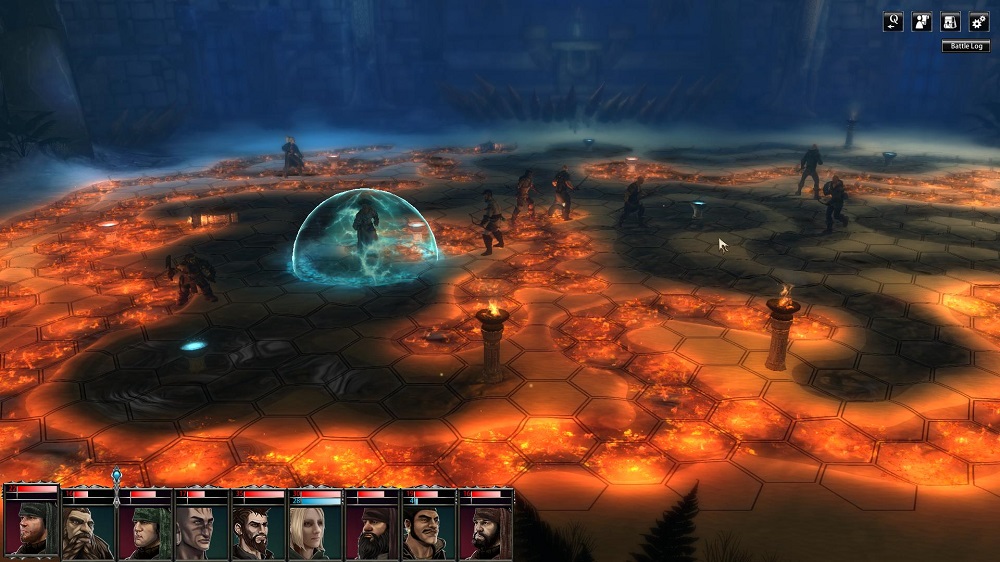 Blackguards is set in the very popular European Dark Eye Roleplaying universe, this is great for a number of reasons, most importantly you needn't be a devotee of the pen-and-paper world, however it also means that the game does not need to create an elaborate universe, because it's existed for almost 20 years! The Dark Eye is a world full of religions, history and geography, and whilst it's not shoved into your face at every opportunity it is subtly present in conversations, your surroundings and its dark elements are everything that Blackguards embraces.

At its heart Blackguards is an RPG, at the very start of the game you make your choice on your class, and your characters can be improved with, however they do not level up in the traditional sense, instead the AP you gain in battle can be used to increase your basic statistics as well as talents, spells and special abilities, it's all up to you. Despite its roleplaying roots, on the whole, the turn-based strategy battles take the main spotlight, and it was the opportunity to experience these that I was really looking forward to in previewing Blackguards first-hand.

The game itself plays through very much like an old style RPG, rather than moving your character around in a real-time world you will travel from town to town with pre-determined fights in-between that take place in a confined space or 'room', it sounds pretty basic, but it's in these 'rooms' where the magic takes place, and you'll find most of your time in the game spent in them. 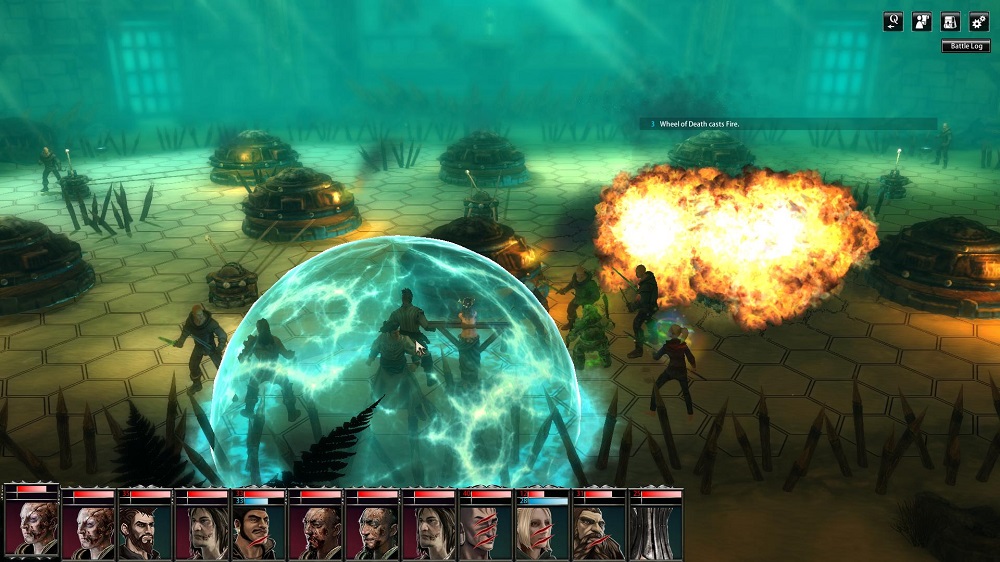 Much like a pen and paper RPG, fights in Blackguards all rely on chance and initiative; each character, friendly or not will take their turn where they can walk a certain distance, perform an action such an attack or spell, change their load out or use an item. Each attack has a percentage to hit that will increase or decrease depending on its power, your distance, their agility, you name it, even if you wish to use a spell you must pass a test just like a traditional roleplaying game. Now this isn't to say the game is one elaborate screen of stats rolling off, or that it's impossible to get a hit in, unlike the recent Dark Eye RPG Realms of Arkania you will find your hits do strike more often than not, making the occasional miss seems reasonable, and more often than not you can actually understand why your hit was unsuccessful.

In fact standard combat aside, one of the most fun aspects of Blackguards is the strategic combat on offer, now we aren't just talking turn-based attacks; most 'rooms' in Blackguards hold traps, cover and all manner of aids to assist you or your enemy in battle. Now these are all entirely optional, you needn't use anything to your advantage and may just wish to utilise your own prowess, but Blackguards is not a cake-walk! Often you'll find that a fight may not be in your favour, but a cleverly placed nest of bees shot from an overhanging tree may take off those last dregs of health from the crowd of guardsmen surrounding your characters! We were shown it very fleetingly during the summer, but actually getting our hands on these tactical elements first hand has shown they are not the simple gimmick that some of them could have been, and they help to form a well-rounded combat experience, whether you chose to engage with them or not.

In fact, the combat itself feels almost perfect if only for one thing, one small niggling thing, it's the sort of thing that isn't bad per say, but will get on your nerves every-now-and-again, each of the potential 180 'rooms' you may encounter are intricately created, designed and laid out, which is brilliant; you'll never feel as though you're slogging through the same 'room's again and again, however, in each 'room' the camera is fixed, and you are unable to rotate around the field of battle to get a good gauge of your surroundings, granted you can zoom the camera out to a top-down view, but it's not the same, and battle suddenly becomes more of a map rather than focusing on the characters at hand, and you stop being able to appreciate the battle in front of you.

I'll not deviate too far from talk of combat, but what is possibly one of the most refreshing parts of the game derives from it, you see Blackguards is all about consequence, now that means that you won't simply receive game over if something goes awry, sure if your team loses in a fight you'll have to start the fight again, but if for instance a secondary goal such as a character you are meant to protect dies, well, you better hang your head in shame, because that's pretty much all you can do about it. Suddenly combat becomes far more serious, and you cannot just reel off commands without thought, after all, there may be lives at stake, and you won't have the option to retry at the end of the battle, making fights where a character will die in a number of moves or similar objectives, extremely tense situations.

Blackguards was one of the most promising games we saw at E3, and now after getting the chance to finally play it, it is everything I hoped it would be, full of challenging turn-based combat that sticks to the traditional roleplaying sense of the game, and situations that you just wouldn't encounter in your standard game. I just dread the many, many, many hours it will take away from me as I attempt to find out what really happened with Elanor.

Blackguards is scheduled for a release January 24th 2014, however you can currently play the game early thanks to Steam Early Access.

Blackguards is available with three different versions that include extras exclusive to Early Access, and purchasing either of the three will give players the full game on launch. If you're simply looking for a copy of the game the Standard Edition includes just that for £18.99, want a little more, well for £26.99 you'll receive a 150-page digital art book, developer interview videos and exclusive wallpapers. Still not good enough? Well for £29.99 you'll get the Deluxe Edition, the first Blackguards DLC pack for free, a copy of their beautiful point and click adventure set in the same Dark Eye Universe; Chains of Satinav, and your name in the credits, well how about that!