Daedalic Entertainment decided its about time we all properly meet the sinister cast of their upcoming turn-based RPG Blackguards. 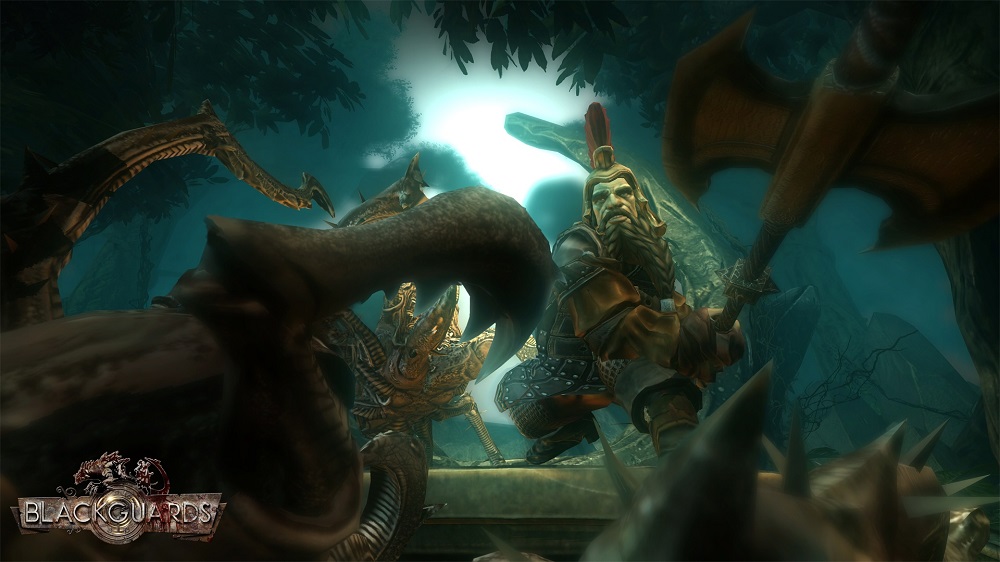 Unfortunately there's no images of the characters we're getting to know, however you can say hello to Naurim, he's an angry dwarf, alright, all said and done, to be fair you won't really need pictures, but the descriptions of the characters really help to paint a picture of the type of characters you'll be roaming Aventuria with. Our first character Takate is pretty emotionless and cold-hearted, he's a ruthless warrior and with his survival skills that stem from being born and raised among the tribes of South Aventuria he's pretty dangerous, especially when considering his hatred of the upper class who enslaved him in his youth.

Next up is the poacher Niam, cast out after the death of her mother she was left to raise her younger sister Salva; both of which being the half-Elven bastard children of a local baron. Bad company lead Niam onto dreamweed and Gods Sage, an addiction that led her to become a poacher in order to keep herself in supply. Shortly before encountering the other Blackguards her sister vanished without a trace, and returned with a mysterious illness leaving her catatonic, understandably Niam is now determined to find a cure for her.

That's all we're being told on the 'good guys' for now, but what about the antagonistic force in Blackguards; Master Urias ay Kalamal is a formidable power with the might of the Horas Empire behind him. Awarded the title of count for his service during the battle of Troll Gate he's seen the worst of the world, however when his daughter Elanor is murdered he vows to do anything in his power to hunt down the supposed murderer, your character.

In Blackguards player take on the role of the fugitive murder suspect who alongside this band of misfits is fighting to prove their innocence to Elanor's father and the people of their homeland in the beloved Dark Eye universe.

Blackguards is scheduled for a release November 19th 2013 for Windows PC and Mac, and from the looks of it, you won't find a more ambiguously moral game out there, well, except for maybe Grand Theft Auto V.